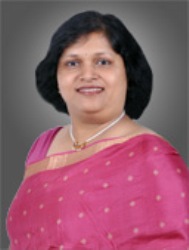 Myth 1) Common cold needs antibiotics: Most people believe that antibiotics are needed to cure cold or flu infections, which are common in winters. This is a fallacy. Antibiotics treat bacteria while common cold or flu is caused by virus. To be honest, medical science is yet to find a cure to fight all types of viruses bar a few. A viral infection is said to be self-limiting i.e. resisted by the body’s own immune system. In those whose immune system is weak like in uncontrolled diabetics, cancer patients or transplant patient son immunosuppressive medicines, even a minor ailment can become serious due to lack of ability of the body to fight viruses. Antibiotics are prescribed in case of secondary infections, if any. In fact, some people have a habit of popping up antibiotics even without prescription; and overuse of antibiotics leads to antibiotic-resistance. The truth is antibiotics do not treat a common cold or viral fever.

Myth 2) Sunscreen and Sunglasses are summer accessories: Most people believe that they do not need sun protection in winters because the sun doesn’t seem so harsh in the colder months. But, this is a fallacy. The skin and eyes need as much protection from the sun in winters as they do in summers. In fact, we tend to spend greater amount of time outdoors in winter and logically need greater protection.

Join Newznew on Telegram
Also Read :   Disney Channel takes you on a futuristic ride of ‘bhavisyavaani’s’ with their new show, Palak pe Jhalak

The sun sends out radiation of different kinds including Ultra Violet radiation, commonly called UV rays. UV radiations that can cause harm to the skin as well as to the eyes are up as much as in winters as they are in summers. Sunscreen and sunglasses are accessories that help protect against UV radiation. Like UV radiation, these are also not weather specific. Sometimes people going out in the snow need greater eye protection as the sun’s glare also reflects back from the snow.

Myth 3) You Shouldn’t Exercise in Winter: Some people believe exercising in winters will expose them to cold, others give up exercising in winters because they just cannot step out of the blanket. The truth is you need greater movement and exercise in winters to keep your muscles warm and joints active. The winter chill accompanied by a barometric change in atmospheric pressure stiffens the nerves and muscles of the body, resulting in muscular or joint pain in some people. This has to be tackled by keeping your muscles exercised and fitter.

Myth 4) Alcohol Can Warm You Up in Cold: This is a major misconception. Many people believe that drinking alcohol, that makes you feel warm, is a good remedy to cold weather. It is not. It is all the more harmful as it deceives you into thinking that you are warm. Actually, alcohol dilates the blood vessels near the skin, prompting warmer blood to flow to the peripheral areas. The skin becomes warm but the core of the body actually becomes colder. This coupled with the numbing of the senses can make you believe that you do not need much protection from cold. So, the truth is that alcohol just makes you feel warmer; it doesn’t actually warm you up.

Myth 5) Temperature of your eatables can affect your health: It is a common belief that drinking an iced drink in winters will cause cold or flu. But the temperature of whatever you eat, even ice, become warm quickly after you swallow it up. So, essentially the temperature of eatables do not cause cold or cough. Yes, if you are already suffering from a sore throat, the touch of ice can add to the discomfort of your throat. Warmer fluids are easier to swallow and comforting when you are suffering from a sore throat.