NewZNew (Chandigarh) : Annual prize distribution and Graduation cum recognition ceremony was organised at C.L Aggarwal DAV Model School, sector 7-B, Chandigarh. Mayor Sh. Arun Sood graced the occasion as chief guest and councilor Smt Hira Negi, Pardeep Bansal General Secretary, Akhil Bharitya Agrawal Sammelan, Mandal President BJP were the guest of honour. Little toddlers were very excited to receive their passing out degrees, in their black gowns and smart caps. A cultural bonanza was presented by them to mesmerize the audience students were awarded prizes for their hard work in sports and cultural activities for the session 2015-16. Function started with a candle lightning ceremony and saraswati vandana. The young one fascinated the audience by reciting poems and narrating the stories in action. 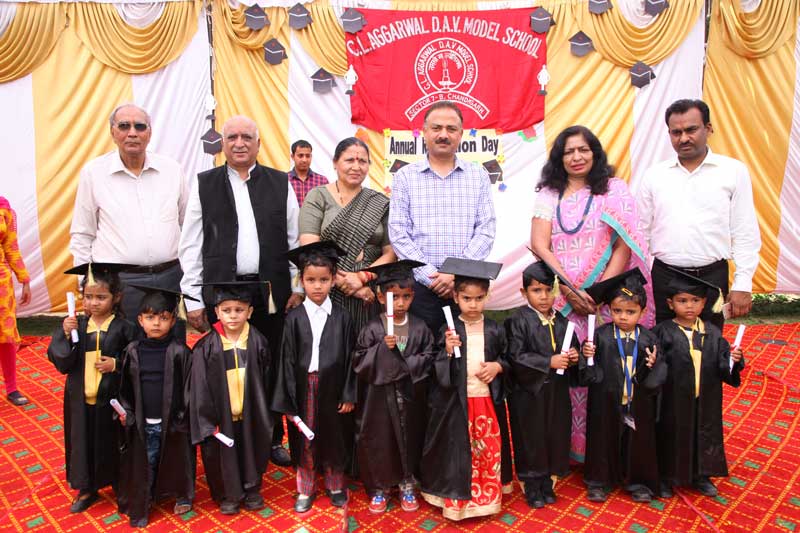