Chandigarh : Punjab Chief Minister Captain Amarinder Singh will flag off the first set of 100 Uber bike taxis under a new scheme aimed at generating jobs for the state’s unemployed youth. 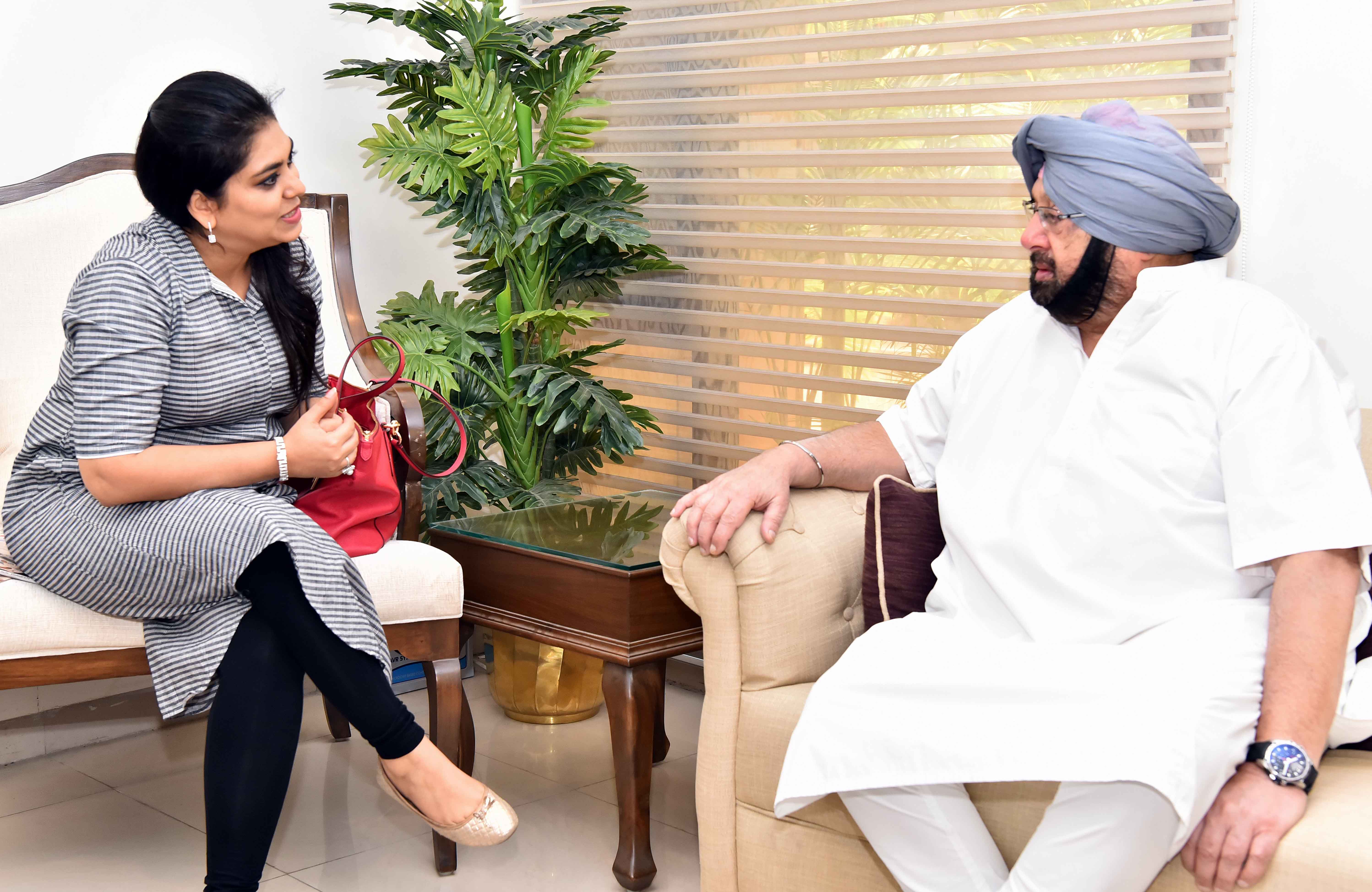 Uber’s South Asia Public Policy Director Shweta Rajpal Kohli called on the Chief Minister here on Mondayto finalise the launch of the scheme, which will create another 10,000 livelihood opportunities in Punjab in the next one year. A total of 45000 jobs will be created under this scheme in the next five years, Kohli said after meeting Captain Amarinder.

Captain Amarinder had given the go-ahead to the launch of bike taxis in the state in May as part of the government’s `Apni Gaddi, Apna Rozgar’ programme as promised in the Congress assembly poll manifesto.

A spokesperson of the Chief Minister’s Office said after Monday’s meeting with the Uber representative that the company was also considering starting 7-seater vans in Punjab.

Uber has been present in the state for the past three years and has already created 10,000 jobs, Kohli said, adding that its new biksharing product – UberMoto – was in line with the company’s commitment to provide affordable mobility options for riders and low entry barrier micro entrepreneurship opportunities for drivers.

She thanked the chief minister for agreeing to grace the launch of UberMoto in Mohali on July 24.

Besides job creation, to which the Captain Amarinder government is committed, the initiative will encourage youth to engage in entrepreneurial business, while facilitating last-mile connectivity for commuters in areas not accessible by regular four-wheeler taxis.

Under the policy, currently in the process of finalisation by the Transport Department, existing and new motorcycle owners will be able to get commercial permits and licences to run two-wheelers as pillion taxis. Requiring minimal investment, the scheme is expected to create a major avenue for the unemployed youth to start their own business, the spokesperson explained.

As an additional advantage, the scheme, which is already running successfully in some other states such as Rajasthan, Gujarat, Karnataka, West Bengal, Haryana, will also help reduce vehicular traffic pressure on the roads, besides controlling pollution.

The `Apni Gaddi Apna Rozgar’ scheme, as proposed in the Congress poll manifesto, envisages one lakh taxis, commercial LCVs and other vehicles to be provided to unemployed youth every year at subsidised rates, without collateral and with the government standing guarantee. The government proposes to tie up with major taxi operators, such as Ola and Uber, to ensure the success of the scheme, under which the youth will be expected to repay their loan in five years.

This is just one the schemes planned by the government to encourage entrepreneurship among the youth by creating easy employment opportunities and avenues for them. Some of the other schemes which the government is working on include Yaari Enterprises and Harra Tractor.

Under the Harra Tractor scheme, at least 25000 tractors and other agricultural implements will be given to unemployed youth at subsidised rates to enable them to start their own agriculture services ventures. Like the Apni Gaddi scheme, this will also entail guarantee by the state government, with no requirement of collateral and loan repayment over five years in instalments.

Yaari Enterprises will be aimed at promote small enterprises started by two or more entrepreneurs, through subsidy of 30% up to a maximum investment of Rs. 5 lakh. The scheme envisages setting up of one lakh such enterprises every year from 2017 to 2022.

Samsung Signs up as the Principal Sponsor for Mumbai Indians