Booking window collections are the yardstick of a film’s success. A film that can attract audience to cinema screens is deemed as a Hit on the box office. Such movies not only help the actors in establishing their reputation, but also help production houses to sustain credibility. White Hill Studios is a production house that invests in quality as well as helms the projects to success. And the latest project they have successfully steered to ‘super hit’ category is Carry On Jatta 2. 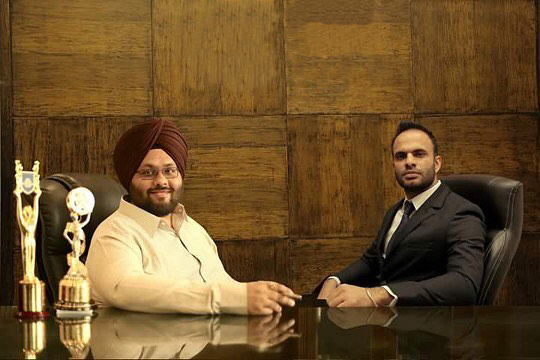 The Smeep Kang directorial, starring Gippy Grewal and Sonam Bajwa alongside a stellar star cast released on 1st June 2018, has passed the box-office weekend test with a distinction. The film has collected a total of 20.71 Crores. 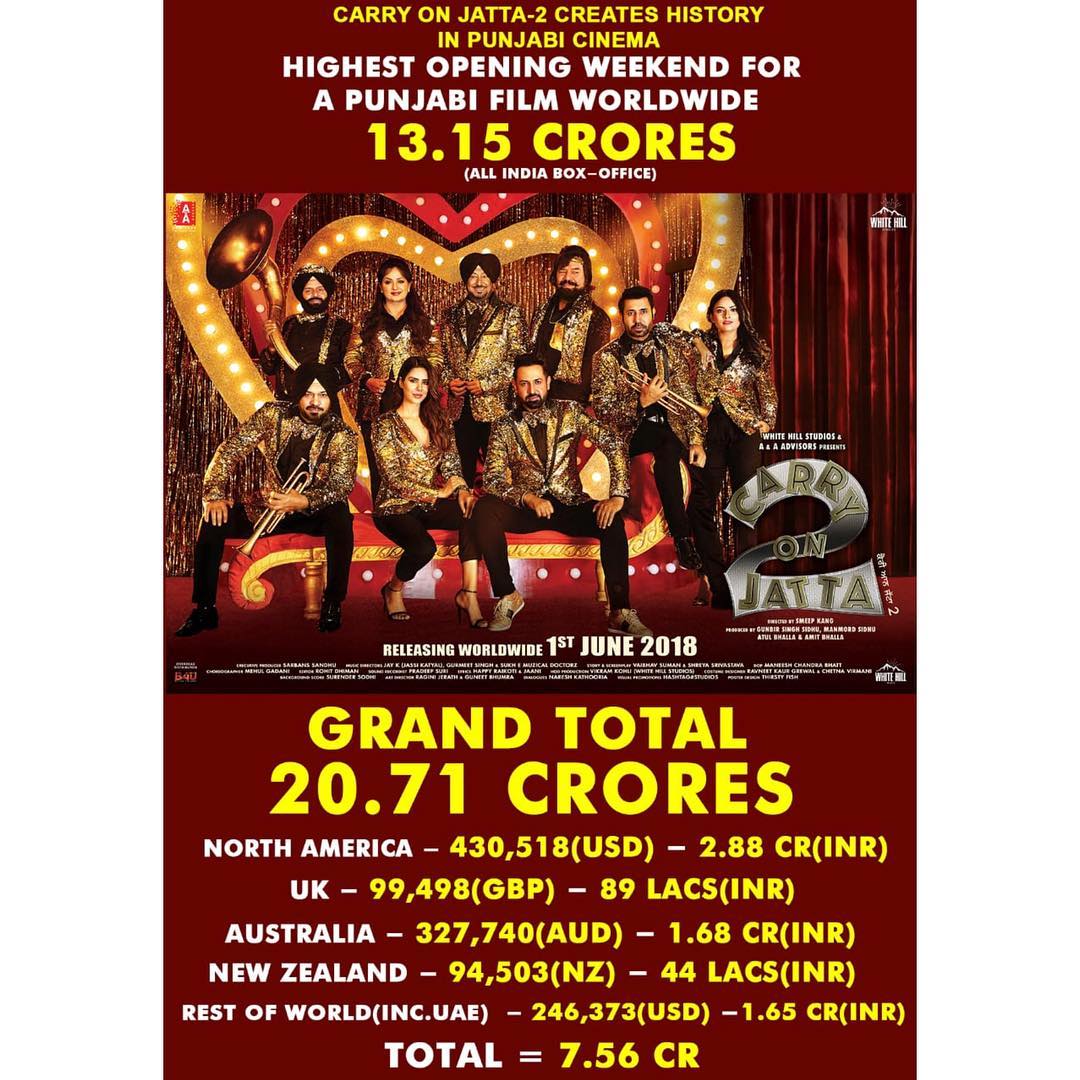 Carry On Jatta franchise is the most ambitious project of White Hill Studios. It has taken almost six years to make the sequel of 2012’s comedy caper that has become a classic and evergreen cinema experience. Just like the first part, Carry On Jatta 2 has also made a history with a record-breaking opening on the silver screen. It had collected 3.61 Crores on the very day of its release in India.

Till date, Pollywood movies used to get limited screening because of language barrier. However, White Hill Studios’ Gunbir Singh Sidhu and Manmord Sidhu, in their true visionary style distributed the film in Delhi-NCR, Canada, USA, UK, Germany, Austria, Italy, Australia, New Zealand, Belgium and Pakistan as well. In fact, Carry On Jatta 2 is the only Indian film that released in the neighbouring country during Ramzan, following a ban to screen Indian movies during Eid season.

Commenting on the success of Carry On Jatta 2, Gunbir Singh Sidhu said, “Before the release of a film our team sits down and we jot down a distribution strategy to reach maximum number of film lovers. I focus on Indian market of the film and Delhi-NCR and Punjab collections are a proof that we had put right plans in place. Manmord looks after the international market and this time we increased our screens in many different countries. We want to entertain the Punjabi film loving audiences anywhere and everywhere in the world.  When we started receiving positive comments, we felt that all our hard work and investment has paid off.”

Manmord Sidhu, the man behind White Hill Studios’ international operations said, “We believe in giving our viewers a cinema experience that they never forget. May be this was the reason we waited for six long years to present this sequel to our most loved film ever. Now as we are receiving responses like ‘laughter riot’, ‘must-watch’, ‘family-entertainer’, and ‘paisa vasool comedy’, we feel that our wait for the right story and time was a right decision. And the box office collections have definitely made us happy. After all, it’s that love and appreciation we crave while making a film.”

Haven’t made your contribution yet? Well, go ahead and watch Carry On Jatta 2 at the theatres near you.