Chandigarh Design Institute SXILL bags national Award at EduSpark: SXILL (School of Experience Illusion and Life Learnings) was Awarded for its ‘contribution to AVGC Education’ alongside IIT Mumbai, NID Ahmedabad, Toonz Trivandrum, Media and Entertainment Skill Council, Satyajit Ray Film and Television Institute among 20 other illustrious winners of the Award. SXILL is the only institute in the Tricity to feature in the Award List. 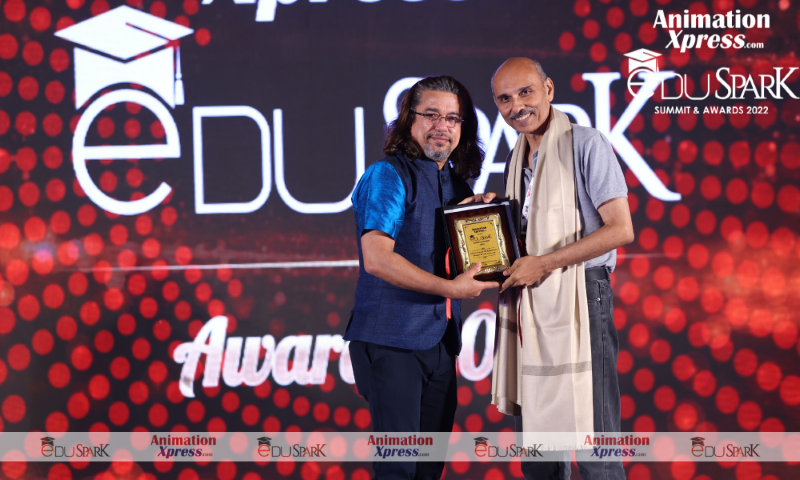 The firm was founded by Technocrat Ms. Neelu Kapoor and Worldskills Design Mentor Prof. Vineet Raj Kapoor. AnimationXpress hosted the first edition of EduSpark Summit and Awards which hosted around 50 eminent speakers, including Vineet Raj Kapoor, Mentor SXILL who was the invited panelist in Gamification.

Speaking on the occasion, the Founder Vineet Raj Kapoor ex-Dean Chitkara University, and National Jury (Industrial Design) for Indiaskills said “I thank my staff and students for this grand success. This honour is the culmination of the consistent learning and practice of the last 26 years in the Animation, and UIUX/ Product Design sectors.” SXILL students have worked at the Top in leading organizations including Sony, Yatra.com, Gaana.com as well as Directed top animated shows like ‘Motu Patlu’ and even independent artists like Sukh-E the singer amongst others. SXILL students own leading IT companies in the region like Intelligaia, Trabug, Creative Peppers etc.

Neelu Kapoor, the Founder of SXILL and herself a National Jury (Graphic Design) for NSDC backed Indiaskills said, “SXILL offer a unique ‘Design your own Curriculum’ option in line with the National Education Policy as well as a World Class Animation and Design Finishing School SXILUP for Animation and Design pass outs from colleges. In this endeavor SXILL is backed by top studios like Lakshya Digital, Digitoonz, Greengold (Chhota Bheem), Technicolor, and more. Our students consistently win International Awards like 11secondclub and GO48!”

The award ceremony was witnessed by all the leading people from leading Institutes and Universities as well as established Studios in the Film, Animation and VFX Industry Industry of India.

Importance of Skill based training for securing job