As  an  effort  to  celebrate  the  rich Indian  culture  and  to  give  a  memorable  start  to  the  new  year,  a tricity based company – Sharma  Event  & Brand  Promotions is  organising for  the  first  time  in  Chandigarh , a  Maghi  Mela  witha ‘Rajasthani’ theme. The  mega fair that has started at Kalagram, Manimajra  will  be held from  January 10  to  January 26, 2018. Details of the Maghi Mela were announced at a press meet held as part of the inaugural event of the Mela. 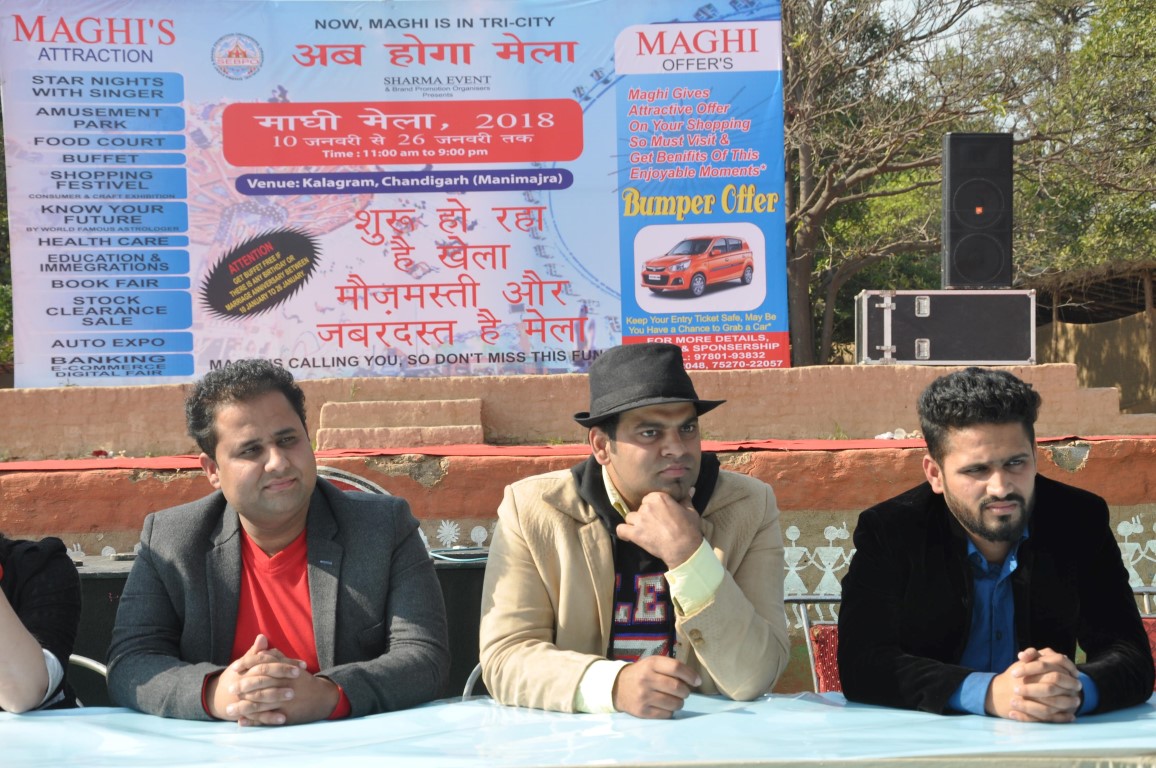 It is noteworthy that Maghi is an annual festival & is celebrated at Punjab’s Muktsar in the memory of forty Sikh martyrs (Chalis Mukte), who died while fighting the Mughal Empire army led by Wazir Khan. Makar Sankranti celebrated in other parts of India by Hindus, is known as Maghi in Punjab & it coincides with Lohri festival in North India, which is particularly popular in the Punjab region.

“A Maghi Mela or a proper fair related to Lohri celebrations was not held earlier in Chandigarh so we have organised it as a pioneering effort. For  all  the  fun  loving  families  looking  forward  to  spend  some  quality  time  together, it  is  an  amazing  opportunity  to  taste delicious  cuisines  of  different  varieties, have  fun  while  playing  games  and  shop  together.” Said Rahul Sharma, the main organiser of the event.

“Children  can  have  a  great  time  on  the  camel  rides  and  other  fun  activities. Special  arrangements  have been made at the Fair which include a provision  for  Lohri  celebration  also.” Said Yatin  Raj  Sharma, Coordinator  of  the  Fair.

“In  order  to  make  the  event  catch  attention  of  youth  and  lovers  of  music,  popular  singers  who are youth icons — Salina  Shelly  and  Himanshi  Tanwar  of Voice of India  & Sa Re Ga Ma Pa fame will  be  performing  during  the  star  nights on  January 13,2017.” Said  Saajan Sharma, another Organiser of Maghi Mela.

The  choice  of  Rajasthani  theme  sets  this  event  apart  from  others. Performances  by  various  artists  is  going  to  be  the  major  attraction.  Moreover,  local  people  can  show  their  talent  in  various  competitions  which  include  painting,  singing  and  dancing. All  the  people  who  have  their  birthdays  and  marriage  anniversaries  during  the  event  can  grab  a  chance  of  free  entry  also . Apart  from  this, there  is  a  book  fair  for  the  book  lovers.  For People  who want to know  their  future  there is an astrologer in attendance & a health specialist is also available for those eager to get a basic check up done. 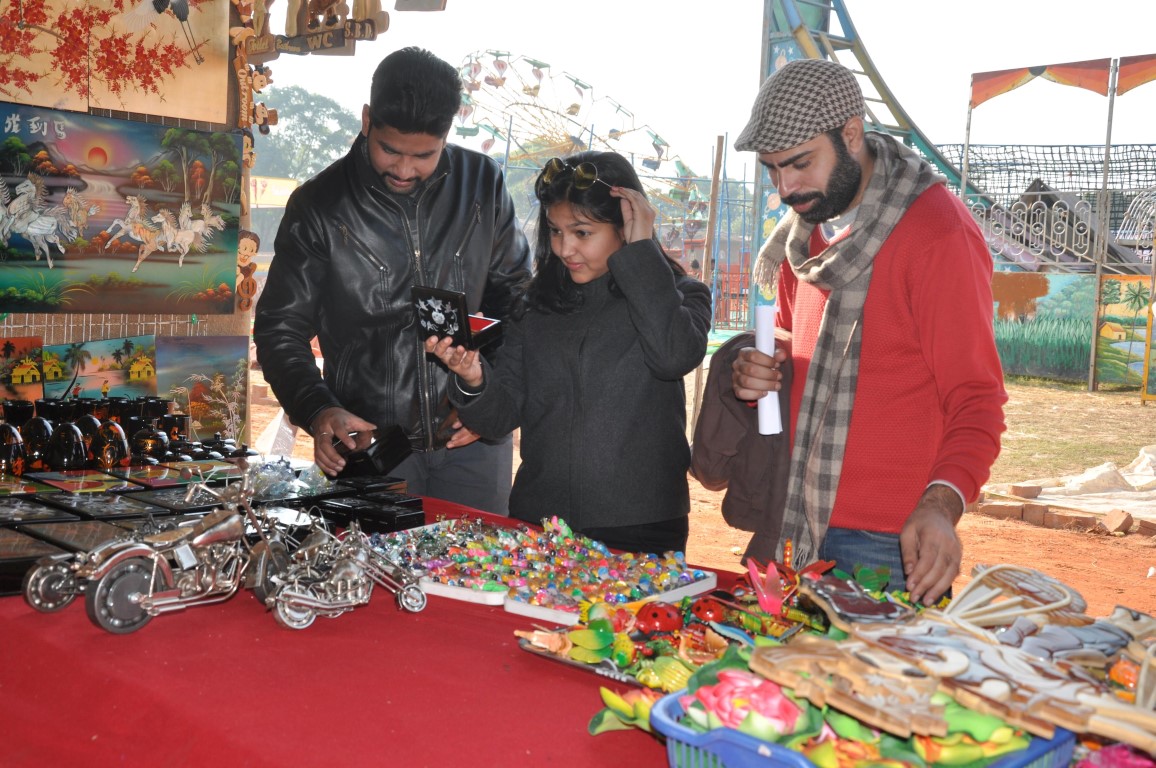 It is  important to  organize such  events  to  maintain  harmony  and  affection  among  families  and  community. Organisation  of  such  events  in  the  city  is  not  only  a  perfect  package  for  families  to  capture  some  moments  together  but  they  also  celebrate  the  unison  and  blend  of  rich  Indian  culture. The fair will culminate on Republic Day as a tribute to the vibrant Indian democracy.

Visit ‘Urban Theka’ to get a real feel of Punjab’s Folklore...