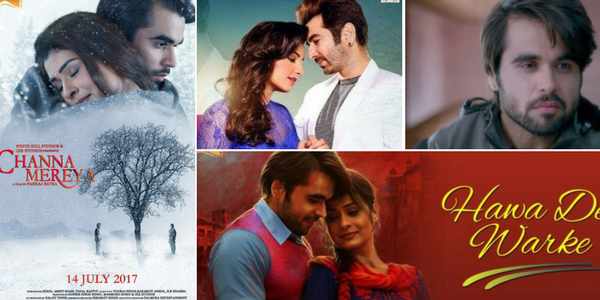 Channa Mereya received good reviews from the critics and is considered as the remake of the Marathi film Sairat the Punjabi film’s storyline was much appreciated by the viewers. Channa Mereya has made a total box office collection of Rs 16.5 crores on its first weekend which is quite commendable for a Punjabi movie of this genre.

Directed by Pankaj Batra under the banner of White Hill Productions and Zee Studios, Punjabi movie Channa Mereya proved to be an instant hit on its very first coming out of a genre that has been long forgotten by the Punjabi cinema. The beautiful romantic-drama film Channa Mereya is the debut movie of the famous Punjabi singer Ninja which actually has proved one of the most strong points of movie’s success.

On the very first day of release of Punjabi movie, Channa Mereya on Friday, July 14th, 2017 did a box office collection of Rs 5 crores; on Day 2 the Punjabi film made almost 5.5 crores and on Day three it grossed almost Rs 6 crores making a total of Rs 16.5 crores on the first weekend. Being a love story of a young couple in unconditional love towards each other, Channa Mereya garnered a huge number of the audience especially from the new age groups and of-course on the financial front as well.

Punjabi movie Channa Mereya was the remake of Marathi romantic movie Sairat that has made huge records on the box office. And the same was expected from Punjabi movie Channa Mereya, although the movie won hearts of many Punjabi’s worldwide upon its release and has been much appreciated for being a romantic movie involving everything from drama to action to comedy to of course lots of romance. The Punjabi movie excels at cinematic photography, screenplay, dialogues, music, songs, story-line and everything, therefore making it a complete hit at the box office.

It’s a movie that has got the attention of youngsters of Punjab and therefore it’s successful. Channa Mereya has Ninja in its lead role, with actress Payal Rajput opposite him playing his love interest and the Punjabi heart throb Amrit Mann playing the villain. The story of the Punjabi movie is all about finding love, losing it, winning it back from the misophilists and finally ending the story on a satisfying note.