Department of Higher Education, DHE Odisha would release the Third Selection List for admissions into the Plus Three programs in the various institutes of higher learning of the state. The list would be made available today on the official website dheodisha.gov.in. The link to check the merit list is also provided below. Please note that the link would be activated once the list is made available. Sources suggest that the +3 Merit List for DHE Odisha would be released on the official website at 10 am. Updates for the same would be made available here. 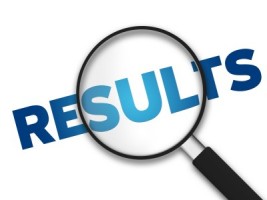 Department of Higher Education, Odisha is the sole authority for preparing merit and selection list for the university admissions after class 12 in the state of Odisha. For admissions after class 12, the DHE released Common Application forms. The eligible candidates are then invited for seeking admission into Plus 3 based on his 12th Standard marks. The DHE releases Merit list based on the applications received. DHE Odisha has already released the +3 Admission First and Second Selection Merit List on 29th June and 12th July 2017 respectively. As per the official notification, the Plus Three Third Selection list would be released shortly on the official website dheodisha.gov.in.

834 colleges are part of the DHE Admissions process of higher education. Till days, a total of 2,17,973 have applied for the position. Of that, total of 1, 24,748 candidates have taken e-admission following the first selection list. Sources have confirmed that about 93225 seats were available for second and third selection list.  The exact number of seats available at present is not available. DHE is scheduled to release the Admission Data after the 3rd Round of selection on July 22. The classes are to start from July 24.

Start-ups will get a chance to pitch to investors from India,...