Charmsukh Salahkaar Web Series Online On ULLU App Plot Release Date Cast & Crew: ULLU’s popular web series Charmsukh is one of the best and most-watched web series among youngsters that are receiving huge popularity from viewers around the nation. 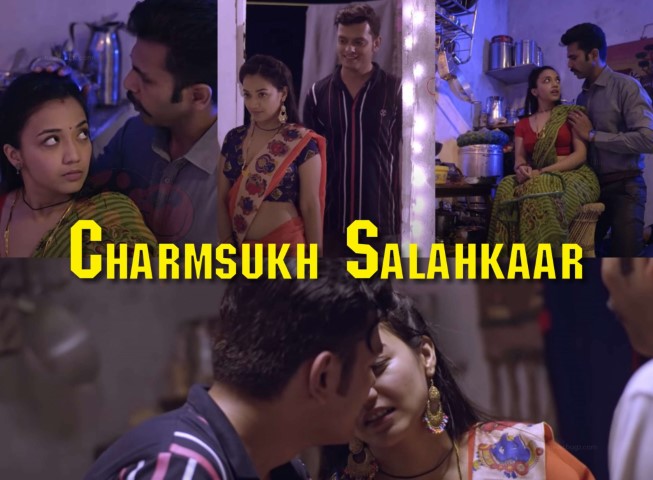 It has become an all-time favorite web series among viewers and millions of subscribers are showing their positive response to this. Aate Ki Chakki – Charmsukh was the last release of the makers and now, they are coming back with one more franchise of the ongoing series Charmsukh.

Yes, the makers are going to release Charmsukh – Salahkaar on its platform. The trailer of the series has been released today and receiving a positive response and also crossed over 5K views within an hour.

After releasing the trailer, the fans are eagerly waiting to watch this web series on ULLU shortly, but it will take some time to release on the OTT network because the excitement of the fans should be increased to watch this bold content web series.

The trailer of the series has released and we can see that the story of the series revolves around the life of a new married couple. At the start, two men talking with each other, and the second man asked the first one about his married life and later, he asked him that he is satisfying his wife or not? and force him to ask his wife.

His wife said that he could not be satisfying her and he decided to make her another physical relationship with someone else before his wife. The lady makes a plan to call her boyfriend to her home and get satisfied with him. The men will get to know about her reality?

In the trailer, we could see some known faces of the industry that have played pivotal roles in the previous series. But some characters have never appeared in any series and coming first to in this series.

Well, Misti Basu is playing a lead role in the movie but along with her, two more characters are also playing the lead role. Rajeev and Naresh, both are playing lead actors in the web series.

When the makers release the trailer of the web series so, they always announce the release date of the web series, and again, they have announced the streaming date. Now, the Salahkaar – Charmsukh will stream on May 21, 2021, on the official app of Ullu or website.

You can watch this web series on both spots and can entertain yourself. Before streaming this, you need to purchase the subscription package of the app.