newznew (Chandigarh) : Children with Down Syndrome and their families were felicitated on the occasion of World Down Syndrome Day (WDSD), which is observed on 21 March every year, as a global awareness day, officially observed by the United Nations since 2012. 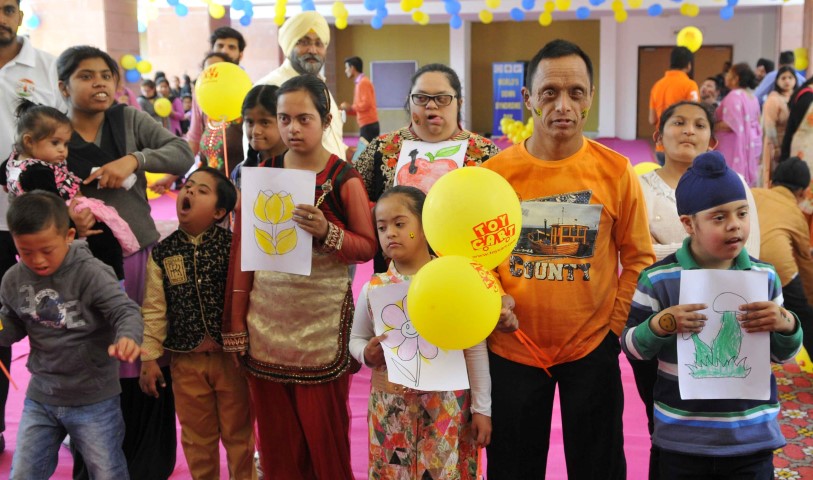 The event was held at Chandigarh Judicial Academy, Sector 43 here. The Department of Psychiatry GMCH, Sector 32 along with GRIID (Government Rehabilitation Institute for Intellectual Disabilities) had collaborated with State Legal Service Authority Chandigarh, Chandigarh Down Syndrome Society and Dialogue Highway in bringing together all the stake holders of Down’s syndrome on one platform with the sole objective to make Chandigarh a Down’s syndrome friendly city and later initiate a campaign to make Chandigarh Down Syndrome free city. 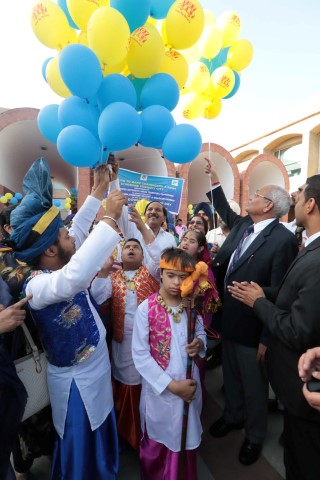 While speaking at the Valedictory Function, Justice Kant said, “It will be the joint effort of all relevant departments to join hands and make Chandigarh Down Syndrome Free.”

He said, the estimated incidence of Down Syndrome is between 1 in 1,000 to 1 in 1,100 live births worldwide. Each year approximately 3,000 to 5,000 children are born with this chromosome disorder. In India, since we have a very higher birth rate, the occurrence of DS is also equally high.

Dr. B.S. Chavan, President, Chandigarh Down Syndrome Society and Joint Director, GRIID (Government Rehabilitation Institute for Intellectual Disabilities), presented a brief report on the facilities offered by GRIID and while speaking on the occasion said, Down Syndrome is the most prevalent genetic disorder of chromosomal abnormality among infants. The general masses usually confuse themselves between people with mental illness and  people with intellectual disabilities like Down Syndrome. There is usually a tendency to shirk away instead of interaction. Dr Chavan talked about the  steps to narrow down this gap through  GRIID -a self sufficient institute for such children.

Dr. Chavan also emphasised that GRIID has already enrolled 280 children from Chandigarh and neighbouring states with Down Syndrome through the weekly Down Syndrome Clinic  being run at GRIID regularly. GMCH-32 has agreed to provide free investigations and surgical and medical management of all the patients coming to this clinic. He said six departments of GMCH -32 have designated faculty from departments of ENT, Eye, Cardiology, Dentistry, Psychiatry and Orthopaedics to cater to the needs of people with Down Syndrome with fixed days for preferential treatment.

A song was presented on the occasion by children suffering from Down Syndrome and their parents. They also gave a tremendous Bhangra performance.

Dr. Savita Sapra, Clinical Psychologist, AIIMS, New Delhi, enlightened how  the expertise fits into the overall management of a child with Down Syndrome. She also talked about how exactly should parents be counselled when they are told for the first time that their child has Down Syndrome.

Understanding No Medical Exam Life Insurance: In theory, buying life insurance is an easy process, but in practice, it can be difficult...