NewZNew (Chandigarh) : With a twin objective to beautify the cities on one hand and reduce the burden of pollution on the other, the Punjab Chief Minister Mr. Parkash Singh Badal gave nod for setting up ‘Punjab State Landscaping Authority’ to facelift the cities with a clean and green look. 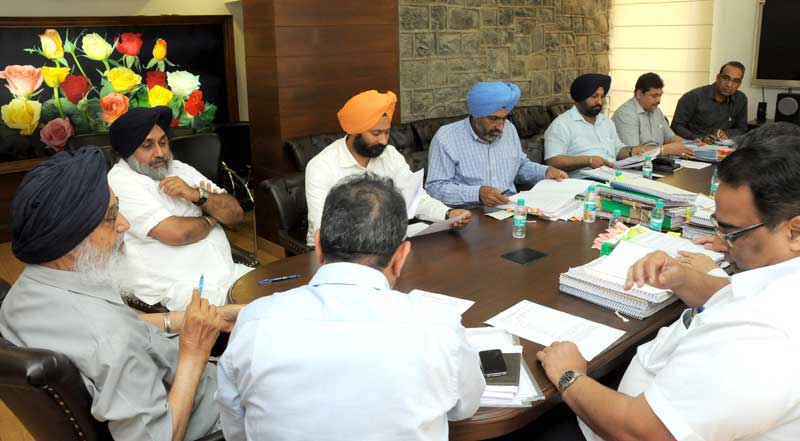 A decision to this effect was taken by the Chief Minister in a review meeting of the various Urban Development Authorities at his residence on Wednesday late evening.

Acting on a proposal mooted by the Deputy Chief Minister Mr. Sukhbir Singh Badal for setting up separate Horticulture Wing in the every Urban Development Authority, so as to provide ‘Green Lungs’ to the city residents, the Chief Minister said that it was the need of the hour to enhance the green cover in the cities for saving the urban residents from the scourge of the ever increasing pollution which causes respiratory diseases. He said that the haphazard growth in the cities have turned them into concrete jungles due to which the residents were becoming prone to a number of health ailments. Mr. Badal said that the best solution for all these problems was to enhance greenery in the cities which would not only give a beautiful look to them but would also reduce the pollution.

The Chief Minister said that since the Urban Development Authorities were paying least heed to the greenery of the cities so a state level authority must be formed with a sole mandate to oversee the entire operations for green cover in the cities. Likewise, he said that Urban Local Bodies must recruit the specialized staff for this purpose so that the cities could be refurbished under the aegis of ‘Punjab State Landscaping Authority’. Mr. Badal also directed the officers to prepare a comprehensive master plan for achieving the desired goal in a time bound manner.

Taking part in the deliberations, the Deputy Chief Minister Mr. Sukhbir Singh Badal, while unfolding his vision for greening the cities, said that young and trained Horticulture experts must be picked from the premier institutes like Punjab Agriculture University Ludhiana and employed for this purpose. He said that it was the need of hour for giving a new lifeline to the cities of the state. The Deputy Chief Minister said that the ‘Punjab State Landscaping Authority’ would prove to be a milestone in giving a fresh and vibrant look to the cities of the state.

The Deputy Chief Minister also expressed concern that crores of funds were being spent on developing the landscape but due to lack of expertise and knowledge in this specialized field, the lush green lawns, parks and gardens in the state were rendered barren. He also put forth the proposal to entrust the entire work of maintenance of these parks and lawns besides the green belts in the public buildings to the upcoming Landscaping authority, which would not only ensure its maintenance in professional manner but also curtail expenditure, due to duplicacy of efforts being currently undertaken by PWD and various other Urban Development authorities.