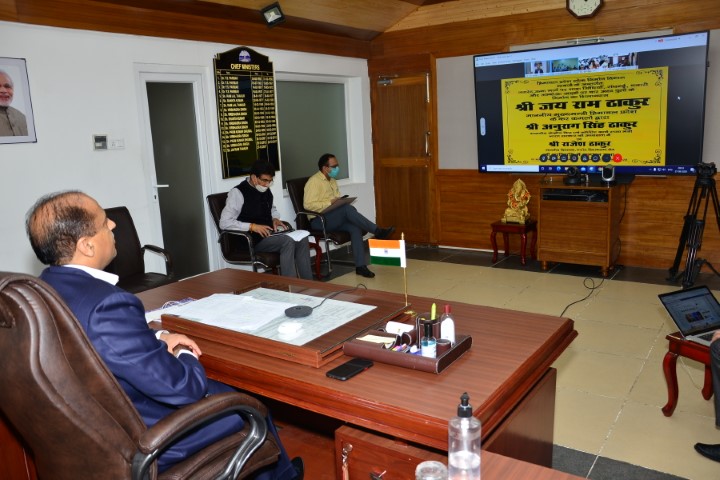 Chief Minister directed the officers to ensure time bound completion of the projects being executed in the area as this would not only provide better facilities to the people of the area, but also check price escalation. He said that all the projects, foundation stones of which were laid by him today would be completed within the stipulated time period. He assured the people of the area that the pace of development would go uninterrupted and would further be accelerated in times to come.

Union Minister of State for Finance and Corporate Affairs Anurag Singh Thakur, while addressing the people virtually from New Delhi, said that the double engine governments of the Centre and State has ensured alround and fast development of the State. He said that efforts would be made to strengthen railway network in the State. He said that people of the Gagret also played a crucial role in helping the people of the area during the lockdown due to Covid-19 pandemic. He said that Rs. 15,000 crore had been allocated by the Centre Government separately to fight this pandemic in the country and expressed hope that the country would soon come out from this crisis.

MLA Gagret Rajesh Thakur while welcoming the Chief Minister thanked him for dedicating developmental projects worth crores of rupees. He said that the Water Supply Scheme for Gagret Block would provide better drinking water facilities to about 48 villages and 173 habitations of the area. He also detailed various developmental demands of the area.