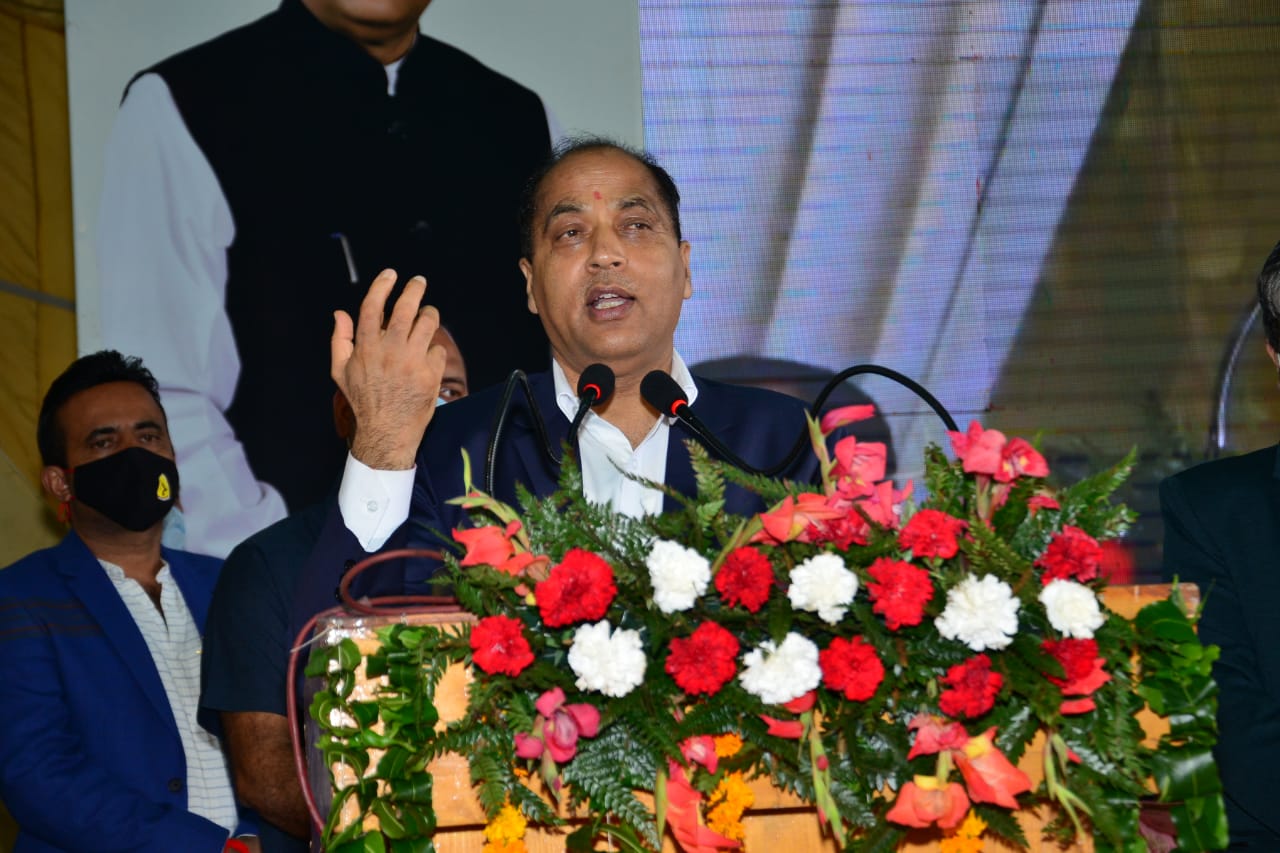 He said that Rs. 59.25 crore would be spent on strengthening cold chain infrastructure at Parala  and  pre-cooling chambers  at Kharapatthar  in Shimla district.

Chief Minister said that the day was an historic event to the people of the State in general and farmers in particular, when foundation stones of projects worth about Rs 200 crore were laid for Agriculture and Horticulture  Produce Marketing infrastructures in different parts of the State. He said that this would go a long way in strengthening the economy of the farmers of the State as they would get better infrastructure facilities to sell their produce. 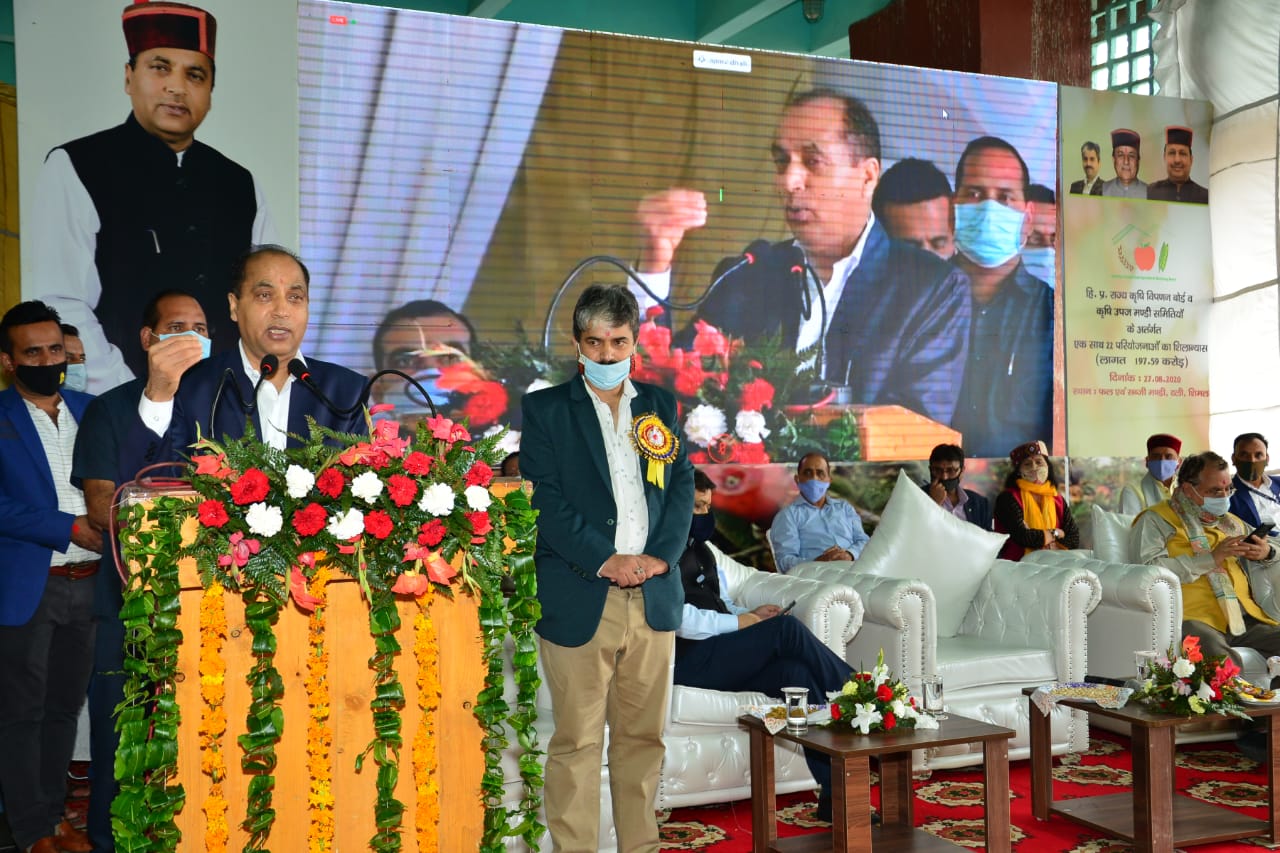 Jai Ram Thakur said that during the Corona pandemic, it was the rural economy that provided support to the overall economy of the State. He said that since about 90 per cent population of the State lives in rural area, one cannot even think of progress, without the development and welfare of these rural areas. He said that this Covid-19 pandemic has once again vindicated the fact that the farmers in real sense were the backbone of our economy, therefore, State Government was committed to provide all possible assistance to the farming community.

While expressing concern over the market yard Bhattakufer, damaged due to landslide, Chief Minister asked the Marketing Board to look into the matter  to restore the same at the earliest. He said that the State Government would also provide all possible help in this direction. He said that the State Government has also made adequate arrangement of labour to the horticulturists.

Chief Minister announced the Marketing Board would be allowed to construct small link roads particularly to facilitate the transportation of produce of the farmers.

Urban Development Minister Suresh Bhardwaj said that Prime Minister Narendra Modi has ensured that the farmers of the country lead respectable life, for which the Union Government was providing Rs. 2000 three times in a year to every farmer under the Kisan Samman Nidhi Yojna. He said that the Centre Government was committed to double the income of farmers by the year 2022. He said that Chief Minister Jai Ram Thakur has been adjudged as the best performing Chief Minister of the Country, which was an honour to the people of the State.

Chairman HP State Agriculture Marketing Board Baldev Bhandari thanked the Chief Minister for laying foundation stones of 22 projects with a cost of Rs 198 crore in a single day. He said that the Marketing Board during the Covid-19 pandemic has ensured that the farmers and horticulturist get remunerative prices of their produce. He said that the Board was playing a major role in strengthening the rural economy of the State.

Chairman APMC Shimla-Kinnaur Naresh Sharma welcomed the Chief Minister and other dignitaries on the occasion. He also detailed various activities being undertaken by the APMC.