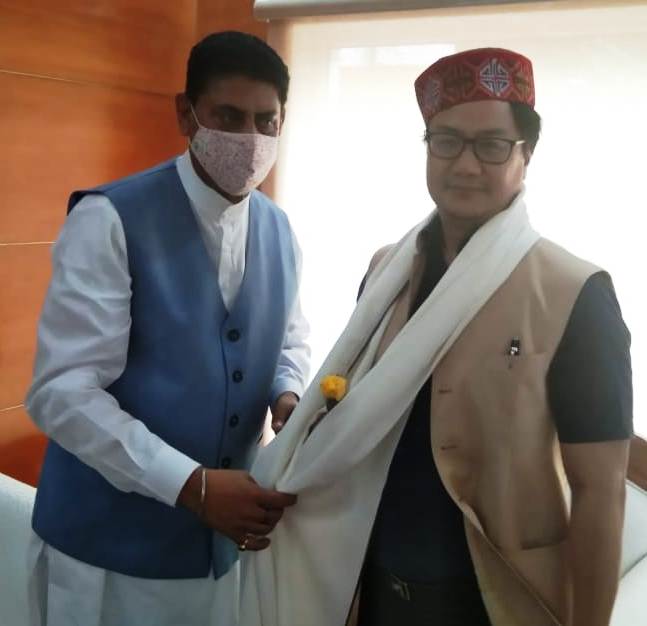 During the meeting, Rakesh Pathania had detailed discussions on sports policy with the Union Minister. A discussion on strengthening of sports infrastructure and encouraging youth for participation in sports activities was also held.

The Minister said that emphasis would be laid on development of sports in Himachal Pradesh under National programme ‘Khelo India’.

Swachh Chandigarh : “Big Gandhigiri” cleaning up the city’s walls with...