Home Breaking News Comedy Central gives you a chance to be on the sets of...
Facebook
Twitter
WhatsApp
Email
Print 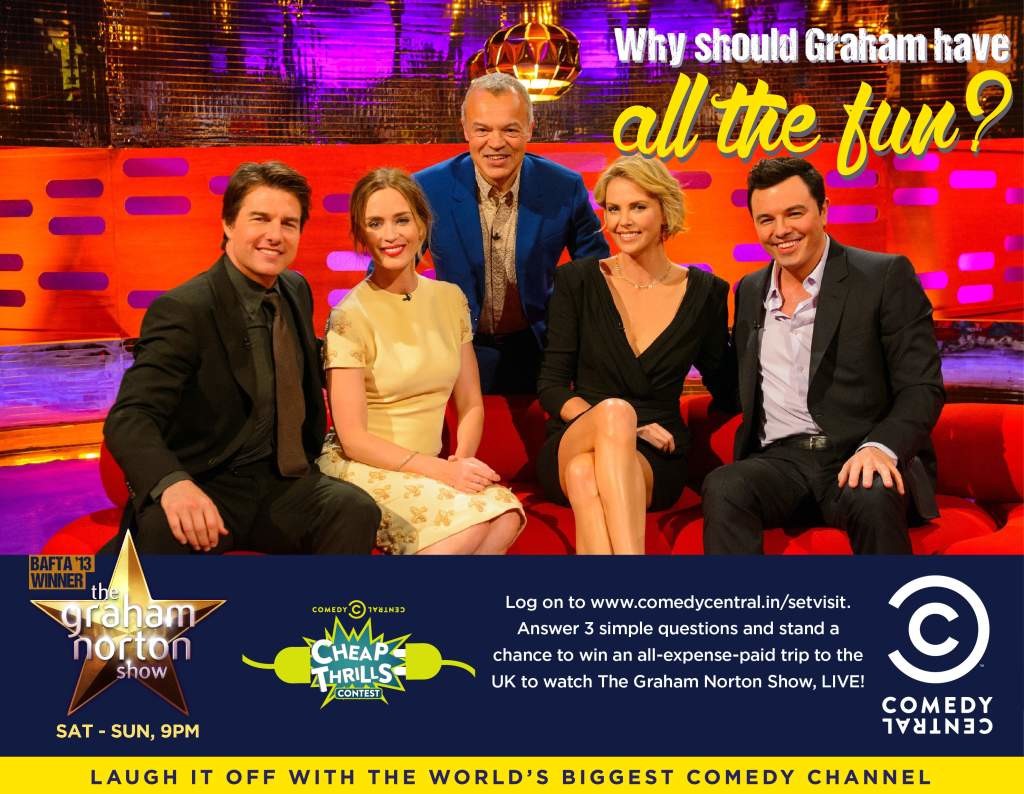 NewZNew (Bangalore) : Comedy Central, India’s leading 24-hour English Entertainment Channel, is giving you a once in a lifetime opportunity to be a part of the most talked about show in the UK! Get a chance to be on the sets of the Graham Norton Show while the man himself makes Hollywood celebrities sweat with his wit & charm. This British comedy chat show is hosted by Awards presenter and multi-award winning comedy talk-show host Graham Norton. With his trademark comedy monologues, interesting celebrity chat, eccentric stories and characters, Graham Norton showcases the people, trends and stories. Having featured leading Hollywood celebrities such as Tom Cruise, Anne Hathaway, Hugh Jackman, Jennifer Anniston and so on, the show will certainly have an exciting lineup of celebrities that will make this a once in a lifetime experience for one lucky winner.

Grab this golden opportunity by simply logging on to www.comedycentral.in/setvisit and answering 3 simple questions. You could stand a chance to win the all-expense-paid trip to the UK to watch the Graham Norton Show, LIVE! It’s a chance you can’t miss!

On account of World Day of the Deaf, Cochlear’s Global Hearing...

Mr. Alok Shriram Takes over as the 110th President of PHD...

The Chopras conducted the Global Education Interact in Chandigarh