Cong’s Selja dares JJP to leave alliance with BJP in Haryana: In a bid to corner the Jannayak Janta Party, Haryana Congress President Kumari Selja on Sunday dared it to leave the alliance partner BJP in the state to protest against the three agriculture-related Bills even as the opposition party announced protests by PCCs on Monday. 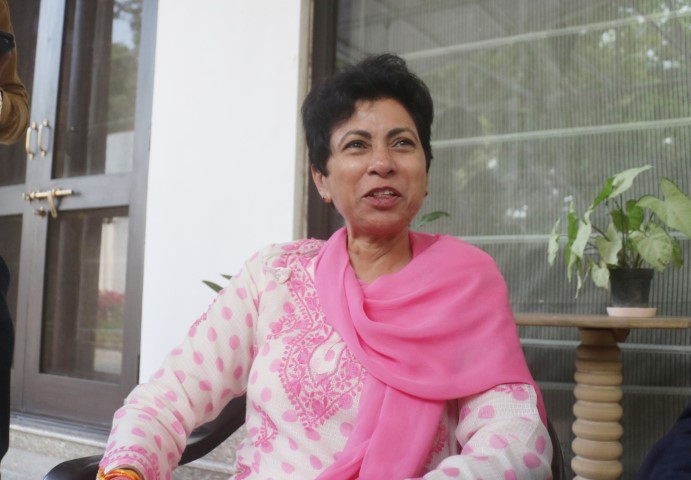 “The JJP led by Deputy CM Dushyant Chautala should quit the alliance in Haryana if he is serious on the farmer issues. The soul of Devi Lalji (Chautala’s great-grandfather) must be crying on the farmers’ plight,” she said while addressing a press conference virtually. Also Read: Kejriwal appeals to RWAs to join anti-dengue campaign

Her statement comes in the wake of BJP’s oldest ally Shiromani Akali Dal leaving it in protest over the Bills.

Congress leader KC Venugopal said: “As an extension of our concerted opposition to these anti-farmer Bills, the PCCs will hold protests on September 28. Pradesh Congress Committee Presidents, CLP leaders (CMs in Congress-ruled states) along with all MPs, MLAs, ex-Ministers, ex-MPs will walk from respective PCC offices or designated points like Mahatma Gandhi’s statues in different state Capitals to the Raj Bhavans and submit to the Governors memorandums addressed to the President of India on these Bills.”  Also Read: Punjab provides 23500 machines for paddy straw management

Punjab Congress chief Sunil Jakhar alleged that the BJP had adopted diversionary tactics to shift focus away from farmer issues and misusing the Narcotics Control Bureau for the purpose.

The Congress claimed that the marginal farmers would be affected the most by the proposed laws. “If the government is so serious about the MSPs, why is it not putting it on the statute? They are only talking about the MSP due to Bihar Assembly elections as the Bihar model to scrap the MSP has failed.” Also Read: Good that SAD quit NDA: Shiv Sena

The party reiterated its allegation that the Bills intended to scrap the Minimum Support Price (MSP) mechanism and abolish Agriculture Produce Market Committee (APMC) Act, which would render a big blow to farmers who contributed immensely to the Indian economy even during COVID pandemic.

Join Newznew on Telegram
Also Read :   Pryutsu, An Ode To Our Warriors By Sanchita Abrol

Badal calls upon Media to give extensive coverage to Economic development...