As ‘Connect Super Jodi Season 5’ inches closer to the Grand Finale, competition gets tougher. Couples across Punjab gear up to put their best foot forward in the City Finale rounds. The Ludhiana City Finale round held at Sandhu Automobiles, Dholewal Chowk witnessed 28 couples from Ludhiana, Patiala and Bathinda compete for the coveted title. 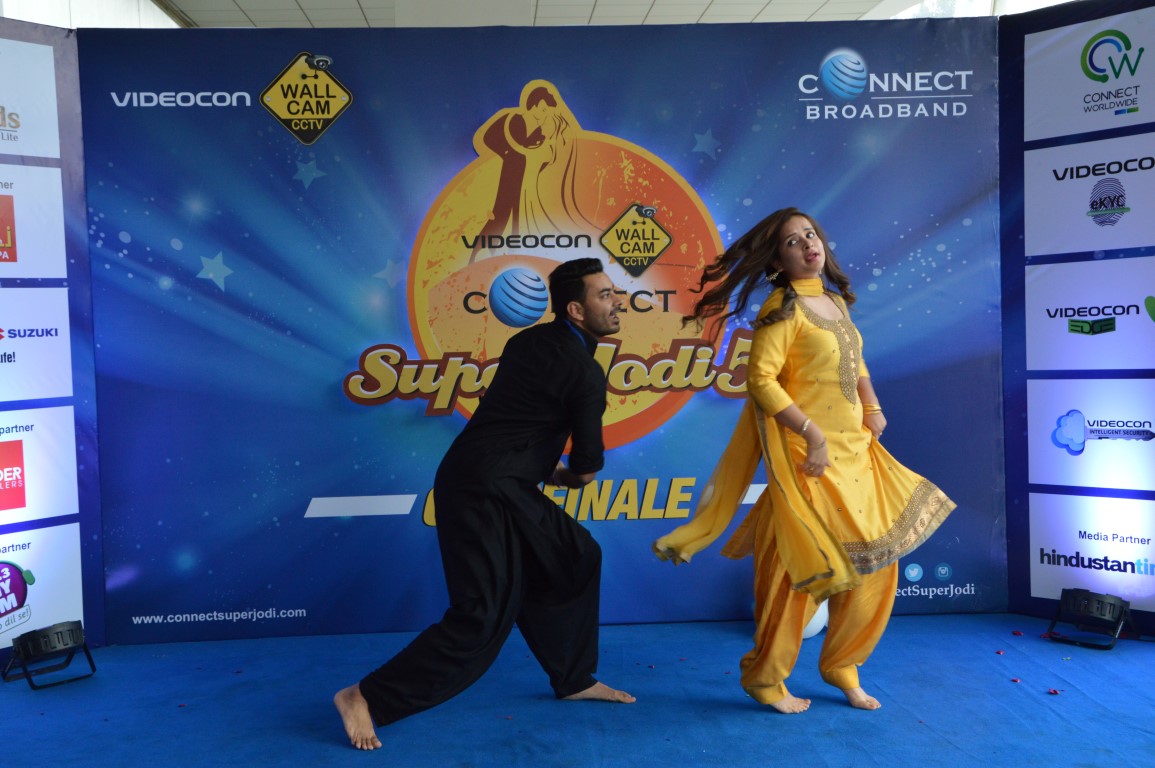 Hardeep Arora, renowned choreographer from Ludhiana & Rj’s from 94.3 MY FM and their team of choreographers adjudged the participants on the basis of their talent and compatibility. All the Couples who stand selected for the Grand Finale are excited and geared up to give their best. The competition has witnessed more than 5000+ registrations across Punjab & Tricity .Bollywood’s sufi singing duo Nooran sister’s would be the performing artists for the finale which would witness the scintillating performances to the top couples. The competition is partnered by Maruti-Suzuki,Strands Salon,Ozi Gym & Spa,Sunder Jewelers .

The winning couples from each city will put forward their best performances to win the coveted ‘Videocon Wallcam Connect Super Jodi 5’ title. The winner will take home an exotic foreign trip to Singapore. Runners up will get Gold jewellery, besides many other exciting prizes for participants.

This season of Connect Super Jodi 5 auditions saw more than 5000 couples perform across Punjab. The energy and enthusiasm amongst couples has increased tremendously. Audition Rounds started off in the month of September and were conducted in all the top notch malls of Punjab. The couples were adjudged on basis of their talent and compatibility.Couples were selected from each audition round, and are now participating in the city finale rounds.