New Zealand’s Olympian and Glasgow Commonwealth Games Bronze medalist Tayla Ford has made her way to the Wrestling mat from the grounds of Kabaddi. Tayla looks up to Pro Wrestling League as her dream come true and wants to be a part of PWL Season 2 Champion Team Punjab. 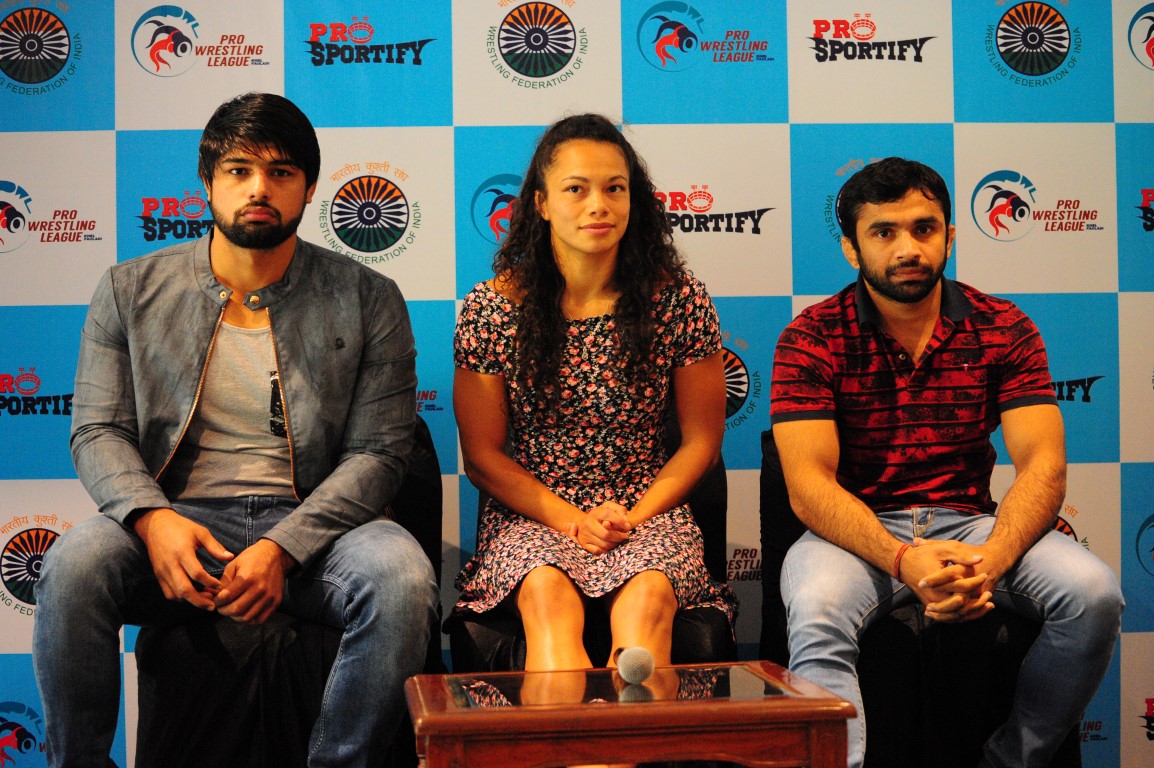 Previously Tayla Ford have been in Punjab to represent her team in Kabaddi World Cup. Touched by the gesture and wholehearted welcome by the fans, Tayla wants to explore more of the Punjabi culture. Despite being placed at the third position in Kabaddi World Cup after America and India, Tayla loved the environment and aura of Punjab that makes her to come back and relive the same moments through the mats of Wrestling. Tayla Ford has earlier represented New Zealand in Olympics in the sport of Wrestling.

“Pro Wrestling League has become very popular all over the world. It will be a dream come true for me if I get picked by team Punjab as Punjab has always been very close to my heart. My participation will not only benefit my skills but it will also help to uplift the status of Wrestling in New Zealand as I prepare to represent my country in Olympics 2020”, added Tayla Ford.

Also Read :   Nitin Khanna and Seasia Infotech Initiating Center of Excellence to Give a Big Push to Tech Startups

Adding to this, Commonwealth Games Silver Medalist Satyavrat Kadian and Rahul Mann said, “PWL has completely revolutionaries the status of Wrestling in the country. It has provided the much needed platform to Indian wrestlers where we get to practice with international Olympic and World Champion on the same mat. PWL’s continuous success will definitely take the level of Wrestling at par”.

Rahul Mann and Satyavrat Kadian have been a part of PWL in previous editions. While Tayla Ford eyes to make her debut in PWL Season3 , Olympic and World Champion Helen Maroulis have already signed up for the PWL 3 auction along with World and Olympic Champion Vladimir Khinchgashvili and World Champion Haji Aliyev. Ahead of Season 3 Auctions, 16 Orio Olympic medalists and 9 Current World Champions are all set to be a part of PWL 3 intense bidding.

India’s Wrestling attractions, Bajrang Punia, Ritu Phoogat, Geeta Phogat adds to the list of Auction while double Olympic medalist Sushil Kumar remains the main attraction. While Sakshi Malik has marked a clean sweep with her recent Gold medal in Commonwealth Championship, Divya Kakaran and Utkarsh Kale garnered many eyeballs with their stunning performance and now making it to PWL 3 auction.

Kerala Tourism: The story so far…Explore God’s Own Canvas