NewZNew (Chandigarh) : STAR Plus is back with the season 2 of Dance+  with none other than God of Dance – Remo D’ Souza returning as the super judge of the show. Remo D’Souza who has made every Bollywood superstar dance to his tunes is ready to present the second season of Dance +. The 1st season of the show launched last year was an instant hit with its differentiated format and superlative talents. Dharmesh Yelande, Shakti Mohan and Punit Pathak will be captains mentoring the talent this season. 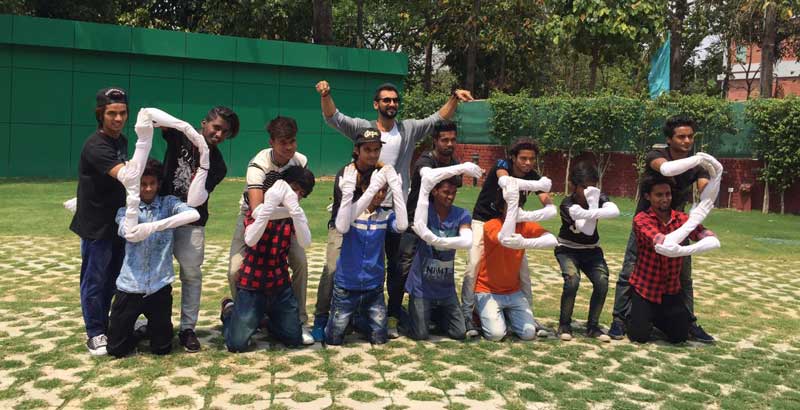 Known to create magic with every project that he undertakes, Remo D’ Souza says, “After a successful premier year, we are back and are looking for the next dancing sensation. Anyone who believes that their dancing style is unique and can make the entire country dance to their moves can be the next dance icon. We have a lot of superlative talent hidden in this country capable of taking on the world dance stage by storm. This year we are expecting the talent to take dance to the next level in India.”

To talk about the show and announce the auditions of the show, Punit Pathak, one of the three mentors was in the city. Today Punit Pathak, an actor and star choreographer himself was in the city to give a huge shout out to the hidden dancers of Chandigarh to come out and show their moves to get a chance to be on the biggest platform on STAR Plus. Known for his Hip Hop and contemporary moves, Punit climbed the ladder of success early in life and did many dance reality shows after that. He was recently seen in Remo D’souza’s ABCD 2.

Also Read :   Pond Water in state be treated and used for Irrigation: Sandhu

“Dance Plus has given life to the dreams of the various talented dancers across the nation. After the phenomenal success of season one I’m glad to be associated with this show. Being a new member on board I can already feel the adrenaline rush. With the dance wave already hitting the country, we are looking for someone who is a unique dancing star; someone who can make the nation groove along with their dance moves. We are all very excited for the second season of Dance Plus and to give the world the next dancing sensation of the country!”, commented the 3rd mentor on the show Punit Pathak.

The audition of the show will be held on in Chandigarh

Airtel TV app now has over 50 million users on Android...