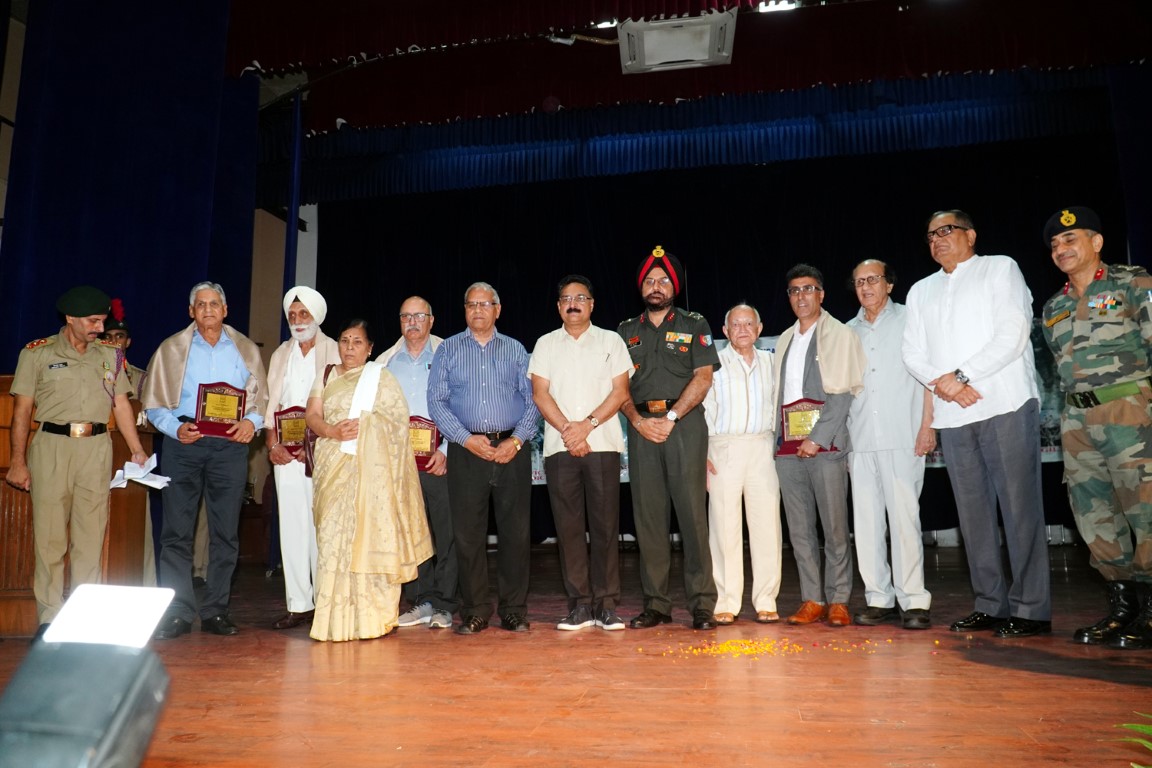 Capt Vikram Batra, PVC (P) one among the many heros of Kargil war was a decorated officer from 13th JAK RIF (Kargil) who sacrificed his life during the war for the nation. Capt Vikarm Batra was an alumini and also a NCC Air Wing Cadet of DAV College.

ANOs and Cadets from other colleges and Schools of Chandigarh and the Staff members of DAV College were also present on the occasion. Principal, Dr. Pawan Kumar Sharma, in his welcome address became emotional and said, “Emotions create Nations and define integrity of the nation.

It is a very proud moment for me and I welcome all the luminaries and salute the martyrs and the soldiers. We should create a world where there is no war. DAV College has and will always keep contributing to the nation.” ADG NCC Maj Gen R.S. Mann honoured the families of the martyrs from DAV College.

Major General Mann appraised the cadets about the difficult physical conditions in which the Kargil war was fought. He told the cadets that it was the National spirit which differentiated the soldiers from civilian and helped win wars.

He brought to everyone’s notice that Captain Vikram Batra was adjudged the “NCC Best Air wing Cadet” from Punjab Directorate and participated in Republic Day Camp at New Delhi. He insisted on the importance of NCC and instilling moral values in cadets. Major Ritwick Singh who is leading this expedition gave a prelude to the Kargil War and presented a movie made by the 13th JAK RIF (Kargil) Batallion on Kargil war named ‘Operation Vijay’.

The movie very lucidly explained from the making of the JAK Rif Batallion to the sequence of events during Kargil War. It describes the capture of the posts held by the enemy and the army men contributions and also the awards they won during the war.

The movie depicted how selflessly the soldiers fought without caring for their personal safety and ultimately conquered all the posts and led India to victory. It was indeed a glorious day for DAV College.

Sepsis can lead to multiple organ failure and death if not...

Up-gradation of systems required to reach the next level says V...