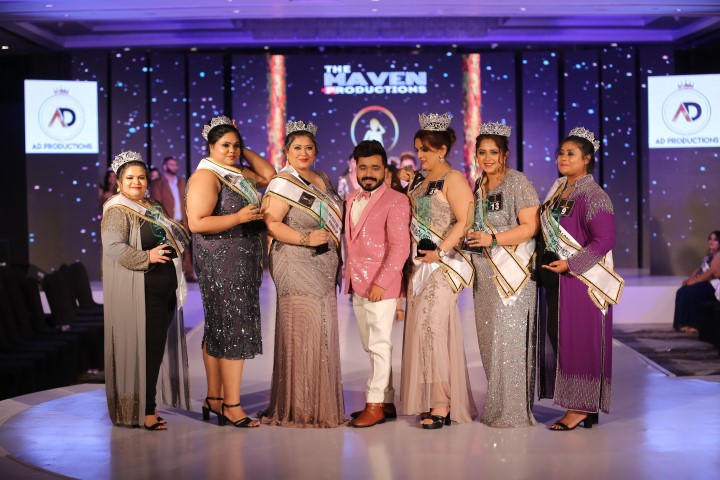 The pageant, a signature event of Maven Productions, had the exclusive appearance of Rita Gangwani, who trained Manushi Chillar, Miss World 2017 and is a renowned international pageant coach & mentor.

Hardeep Arora, Founder of Maven Productions and a renowned pageant organiser who has also been a winner of the dance reality show ‘Boogie Woogie’ said, “This event was curated for all those ladies who want to become models but their extra weight comes in the way of their dreams. This show helped break the stereotype of social standards of being perfect and in a certain shape, which is tall and skinny.”

Also Read :   Imran welcomes millions of students back to school

“We organise Ms Plus Size pageants at both the North India and national levels. There is a lot of talent from the North mainly from the regions of Chandigarh tricity & Punjab. It is  a great platform for plus size models and the entry to our pageants is open to both married & unmarried women.”

Mrs. India Worldwide 2014 Aman Grewal said: “I am elated at the way the pageant was conducted. It was a professional show. I am happy that Plus Size pageants are coming into their own in India. In the West, the Plus Size clothing and products industry is booming. It is now India’s turn. The contestants conducted themselves with so much ease. It was an impressive show, indeed!”

The finale was conducted in three magnificently laid out rounds. The first round was of ethnic wear, the second round saw the models wearing Western designer wear. This round also witnessed an introduction by the contestants. Evening gowns round was the final one and the models were in their ravishing best in this.