Dhoop Ki Deewar On ZEE5: Indo-Pak Love Story To Premiere Despite Social Media Outrage: Dhoop Ki Deewar revolves around the story of Vishal (Ahad Raza Mir) from India and Sara, played by (Sajjal Aly), from Pakistan, who find their lives interconnected after losing their fathers in a military conflict. 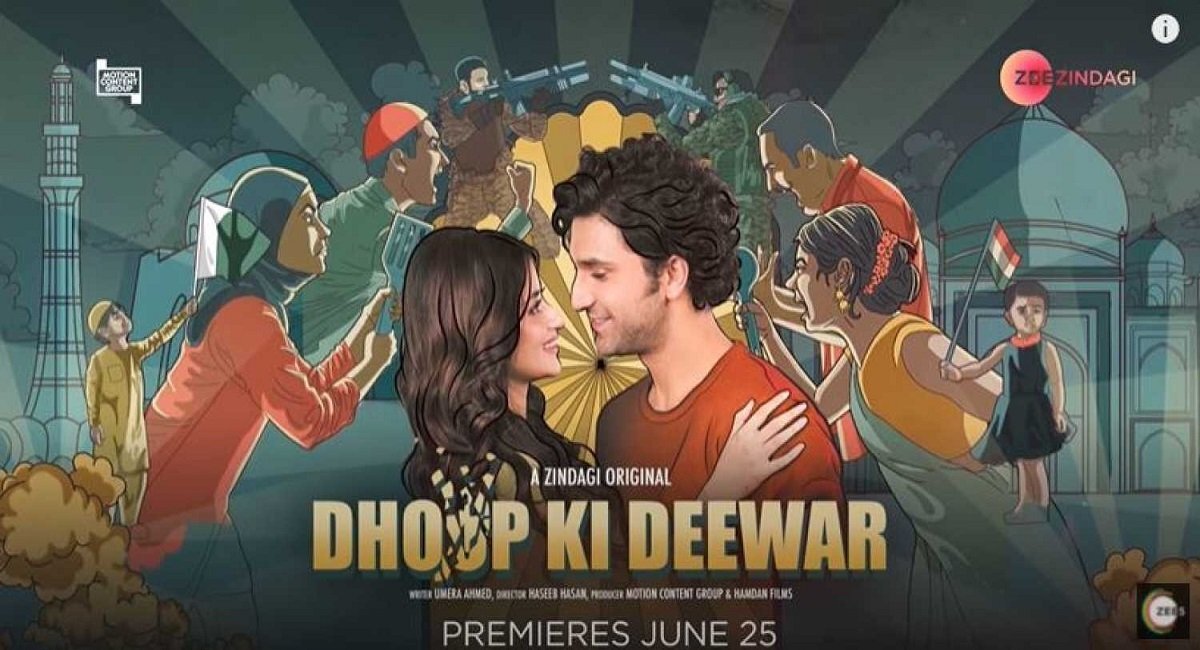 ZEE5 has announced a weekly episodic release every Friday at 12 PM IST that promises to garner viewers’ attention and shed light on various social issues as well.

Dhoop Ki Deewar revolves around the story of Vishal (Mir) from India and Sara, played by Aly, from Pakistan, who find their lives interconnected after losing their fathers in a military conflict. Their shared grief becomes the basis of their attraction towards each other. While Aly is known for her appearance in the Sridevi-fronted feature film Mom (starring Nawazuddin Siddique) and the telefilm Behadd, Mir has appeared in serials like Sammi and Ehd-e-Wafa.

Interestingly, The final episode of ‘Dhoop Ki Deewar’ will be released on the special occasion of the 75th Independence Day for both India and Pakistan.

Calling it a special gesture towards peace, solidarity, and ‘heart over hate’ on a very special day for both India & Pakistan> Zindagi spokesperson said, “‘Dhoop Ki Deewar’ is a tale of separation, valor, & sacrifice that runs in the families of KIAs. Our intention with the show is to ensure that a unique, powerful yet emotional story travels across continents. This is our special gesture of choosing ‘heart over hate’.”

Manish Kalra, Chief Business Officer, ZEE5 India said, “An opportunity to tell such a powerful yet touching story does not come by easily. Through ‘Dhoop Ki Deewar’, we want to touch as many lives as we can and start a conversation about ‘heart over hate’. At ZEE5, we believe in innovating constantly and look forward to seeing greater success with weekly episodic releases of the show and a renewed launch time of 12 noon.”

Sajjal Aly also shared a post on her Instagram handle. While sharing the trailer, she wrote, “No matter who wins the war, both nations face the loss. When everything falls apart, what will they choose: Hate or Heart?”