Downfall of farmers & workers is what the present government wants – Naresh Yadav (BPP National President) : Born of the Indian panchayat organizations Bharatiya Panchayat Party is claiming to form its government with the support of the rural, backward and the youth, after registering a victory in assembly elections of five states. 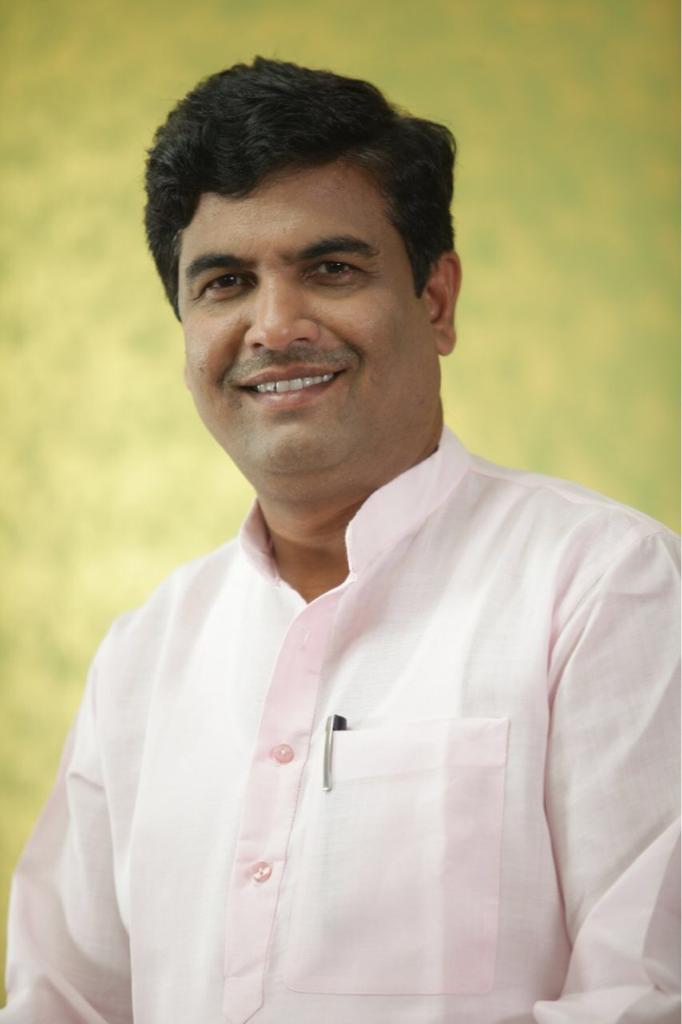 Party National President and the father of the amendment of the Land Acquisition Act Naresh Yadav believes that the present Central and State governments are working in the direction of the downfall of farmers, laborers and backward sections, thus along with the young brains, the country needs a new leadership. In a chat with us Naresh Yadav talked openly about the future plans of the party. Following are the excerpts of the questions related to an interview with him.

Question : Why did you feel the need for forming BPP or what were the reasons that inspired you to form a new party?

Answer: – Since independence the plight of farmers, laborers, villages and panchayats and backward sections has remain unchanged. The Bharatiya Panchayat Party has been formed for solving these problems.

Question : In which aspects do you feel the Central Government is in the wrong?

Answer: – From the time of our attaining independence till today, the Central Government has done nothing for providing the basic amenities in the villages. The Central and State government passed several budgets yet the villages where 80 per cent of our population lives, were left far behind in development. Both-the BJP and the Congress governments are responsible for this.

Question : Even today the Aam Admi Party is working to strengthen its hold on the national level. How much time will it take for the BPP in this matter?

Question : During the time of elections several new parties are formed but soon after the elections these parties get engaged in the search for their existence. What do you think?

Answer: – At the time of elections, new parties are formed in the name of caste and religion. After the elections, they merge in big parties because major parties are working on one ideology, only issues keep changing. Bharatiya Panchayat Party is a party of the whole society. It is fighting elections in five states on the issues of village and national development.

Question : The election atmosphere in the country is such that on one side is the BJP and on the other the entire opposition. Do you feel that the unity that the opposition talks of, is going to affect the BJP in any way because we have seen the condition of the major alliance earlier.

Answer:- The opposition parties have failed to fulfill the role of opposition because many people have deserted the Congress and have been elected as BJP MPs. As both the parties have similar mentality, there is no strong opposition. The country is still very backward in the issues Gram swaraj, development of farmers, employment for youth, wages of workers, women empowerment and education. And to fulfill the role of a strong opposition and for making government of the villages, this time the people of the nation and the panchayats are collaborating and the Bharatiya Panchayat Party has become a strong opposition.

Question : How do you see Amit Shah’s policy of including the opposition leaders in the BJP?

Answer: – The people of same ideology are in the BJP and the Congress and to weaken the country, leaders of both the parties are joining each other. Instead of developing the nation, these forces are working to destroy the country. Due to the similar mentality of both the parties power has not been decentralized since independence. The dream which Mahatma Gandhi ji had seen and the promise of gram swaraj and socialism made to the people of the country has not been fulfilled yet.

Question : Don’t you feel that the Modi government finds some positive things even from the opposition against it?

Answer:- Modi ji has gathered all the unsuccessful people with him. The whole country is watching the outcome of the centralization of political corruption that has happened in the country today. Instead of democracy there is autocracy in the country, the outcome of which former chief justice T S Thakur has lamented about, and has spoken about saving the four senior judges of the Supreme Court. Corruption has reached its zenith evening the CBI. Inflation, GST, demonetization have broken the country’s back. Every hour four students, farmers, youth and workers are committing suicide. The promises made before the people of the country in 2014 have all been proved hollow, and besides this the borders of the country have also weakened. An aspect of international diplomacy is that the American President Donald Trump rejected the invitation for January 26. All these are the positive aspects of the nation’s watch guard Modi ji.

Question : If BPP succeeds in upsetting the BJP- Congress equation, then what will be the party’s next step?

Answer: – Bharatiya Panchayat Party candidates are sure to register victory in the assembly elections of five states. In some states bill will be brought on development of villages on the basis of population, education, unemployment, compulsory education for the farmer, drinking water and in the Lok Sabha elections to contest with those who make false promises, good and true candidates will be fielded to bring them into the Parliament House and a beginning will be made for politics of novel change.

Question : You claim to form the government with victory in the next elections. In case that does not materialize, who will the BPP support?

Question : What plans the party is working on to strengthen itself as there is not much time left for the Lok Sabha elections?

Question : Will Bharatiya Panchayat Party be seen in the list of major parties in the future? Please keep all the equations in mind while replying.

Answer: – The Bharatiya Panchayat Party will soon achieve the status of a national party and will be a better alternative than the major parties in front of the people. Our party will emerge as a better alternative in the Lok Sabha elections and with these elections Bharatiya Panchayat Party will also achieve the position of a national party.