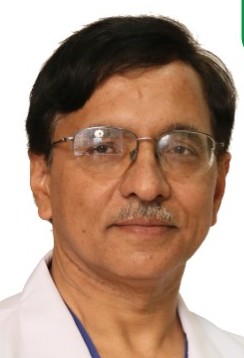 Dr. (Prof) Sen is a renowned name in the field of Orthopedics in the region, with over three decades of experience backing him. He has been associated with PGIMER, Chandigarh and another leading private hospital in various capacities during his career.

He is well known for his innovations in the field of pelvi-acetabular trauma, where he represented the Asian continent in the four-member world AO pelvic expert group. In addition to more than 200 research papers including more than 100 in PUBMED indexed journals, he has four patents to his credit. He has travelled extensively around the globe, conducting over 300 guest lectures. He has also been a visiting Professor in Germany, Canada and the USA.

In 2017, he was the president of the North Zone Orthopaedics Association. This is an association of orthopaedic surgeons working in seven states across northern India and has with over 800 registered members presently.

Sandeep Dogra, senior vice president and zonal head, Max Hospitals Punjab said,  “Dr Sen presence at Max will definitely add value and worth to the quality of patient care given at hospital which has diversified excellence in orthopedics, world class technology and uncompromising standards of patient care besides comprehensive orthopaedic and trauma care in arthroplasty, arthroscopy, spine surgery and sports medicine.

Cooking up a storm at SuperChefs by The Westin Hyderabad Mindspace