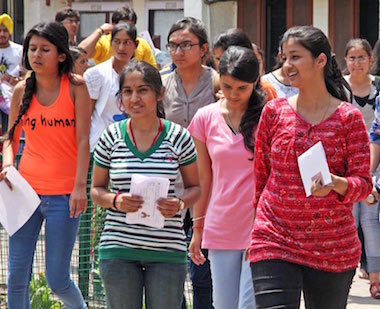 “Over 30,000 out of around 52,000 seats in various DU colleges have already been filled, along with payment of fees. Remaining seats will is most likely to be filled after release of other two cut-off lists,” chairman of DU’s Admissions Committee, Professor Maharaj K Pandit said in recent PTI report.

With a dip of 0.25 per cent, Delhi University’s Lady Shri Ram College (LSR) again set the highest cut-off in comparison to other colleges.

Meanwhile in third cut-off list, LSR had pegged its highest cut-off at 98 per cent for the same course.

After LSR, it is Hindu College who has set BA (Hons) Journalism at LSR and BA (Hons) Economics cut-offs at 97.25 per cent.

While seats for much preferred B.A.(Hons.) English and Economics courses were still open in various colleges, Shri Ram College of Commerce (SRCC), Lady Shri Ram (LSR) along with Hindu College has closed its admissions to some of the courses.

Note: Admissions under the fourth-list will continue till July 15.

This year, the first and second cut-off lists were released on 23 June and 1 July respectively.

In the first cut off list, the highest was 99.66 per cent for BSc (Hons) Electronics in SGTB Khalsa College.