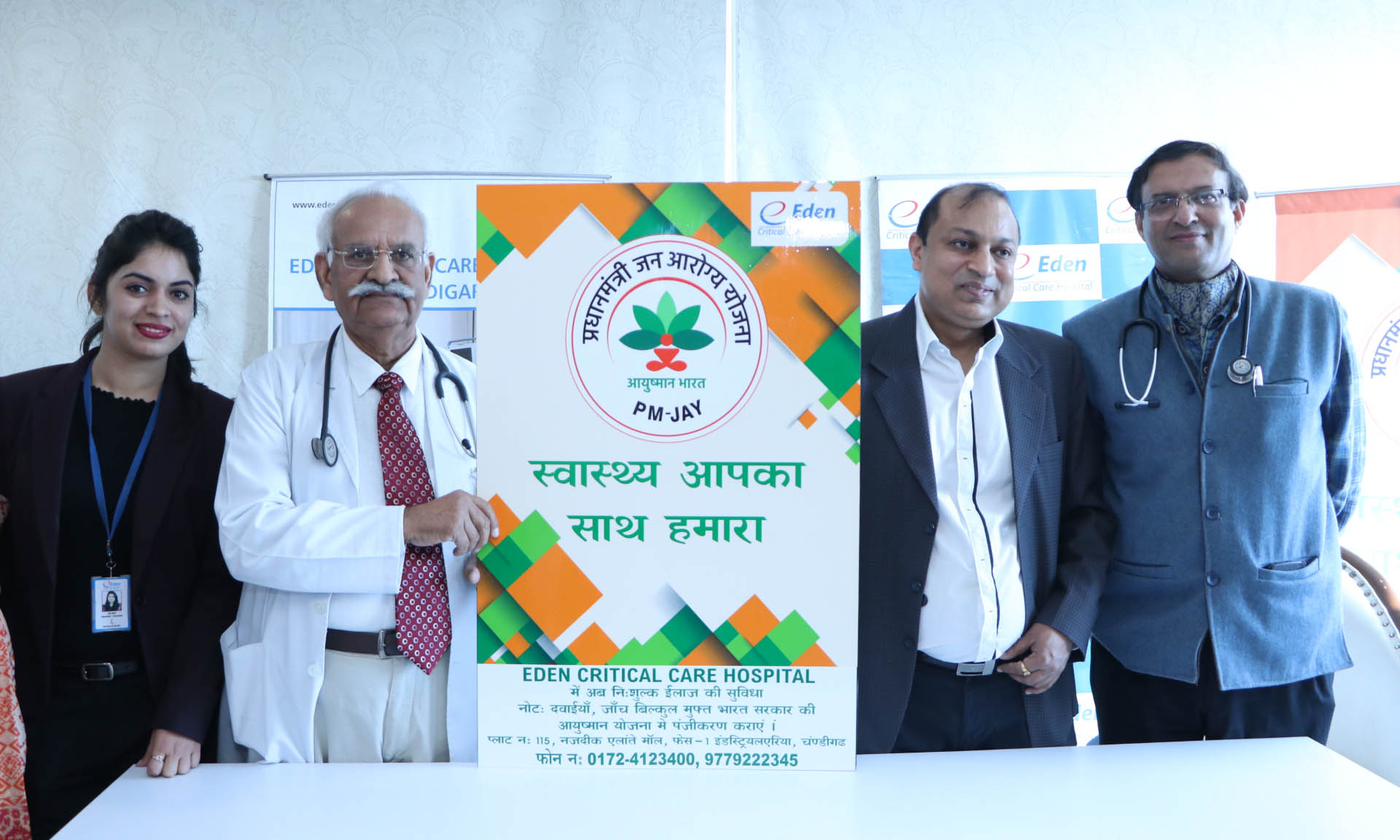 He was admitted in Eden Hospital in a critical state. He needed ventilator for his survival. All treatment including medicines and consumables were provided free of cost to the patient. The government will bear all medical expenses.

The hospital on the other hand has also decided to offer free OPD services to beneficiaries of Ayushman Bharat scheme. Eden hospital is 120 Bed critical care NABH accredited  Super speciality  hospital with focus on critical and polytrauma patients having high end ICU which is most affordable ICU of tricity with best team of intensivists

Patient’s wife said it was indeed praiseworthy that the government started this scheme which was long overdue, further adding, now they can avail free and best treatment in private hospitals.

The treatment of these type of patients is generally expensive but under this scheme treatment is totally free, he said, adding, “With implementation of this scheme, the slogan of health for all by 2020 seems realty. Earlier private hospitals were hesitant in joining this scheme due to low pricing and delayed payments but after government assurance private hospitals will willingly join this initiative.”