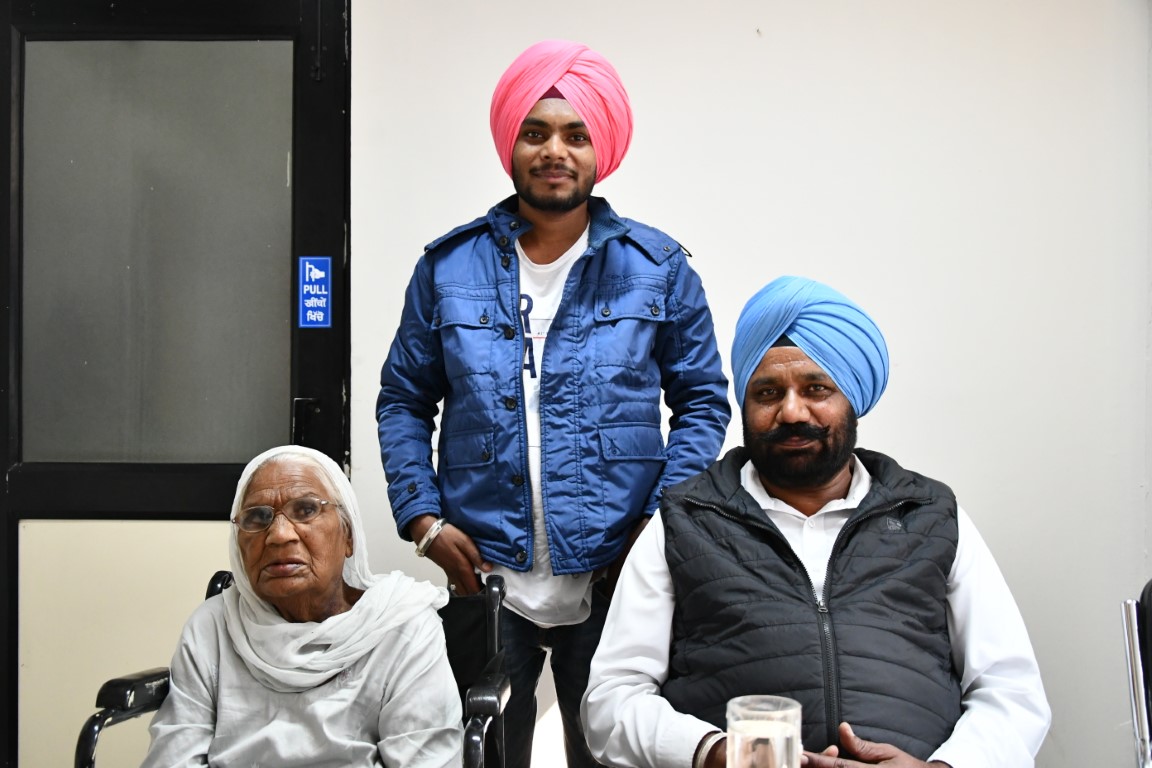 According to Dr Gaurav Singal, Vascular Surgeon, Grecian Super Specialty Hospital, “The patient, Chhotti Kaur from Pattra village in district Patiala, approached us recently with an impending rupture of Thorasic Aorta (ballooning of the main blood vessel from the heart carrying blood to different organs of the body). She visited different hospitals in the periphery, but was referred to higher center for the surgery. The patient came to us and we explained her regarding the disease and its options. She had hoarseness of voice, suggestive of impending rupture of thorasic aorta. Open surgery was an option, but carried high mortality rate in view of the nature of surgery and age of the patient.”

She was given the option of tackling the disease by endovascular method, means putting a tube through a small cut rather than doing a major open surgery. A stent grafting was done with a covered stent. The technical issue in this case was that the stent graft would have covered the blood vessel to the brain, leading to paralysis or stroke after the procedure. So the team planned an insertion of chimney graft into the neck vessel going to the brain along with the covered stent, which is called a chimney graft.

The aneurism was so big in size that we had to insert a chimney to avoid stroke after surgery. Post operation, the patient was fine.

“This case was unique and rare because of age of the patient and complexity of the procedure. Chimney grafts along with a covered stent are used in patients who are considered as high risk cases in surgery,” added Dr Singal, who was assisted by Dr J S Sabharwal, Senior Cardiologist.

Dr Shivpreet Singh Samra, Cardiac Surgeon and Managing Director, Grecian Super Specialty Hospital said, “This surgery was only possible because of the team effort. The hospital is well-equipped to handle such type of cases in future also.”

The patient has come to the hospital for follow-up. She came walking. According to her son, the quality of voice has improved and she is doing well.