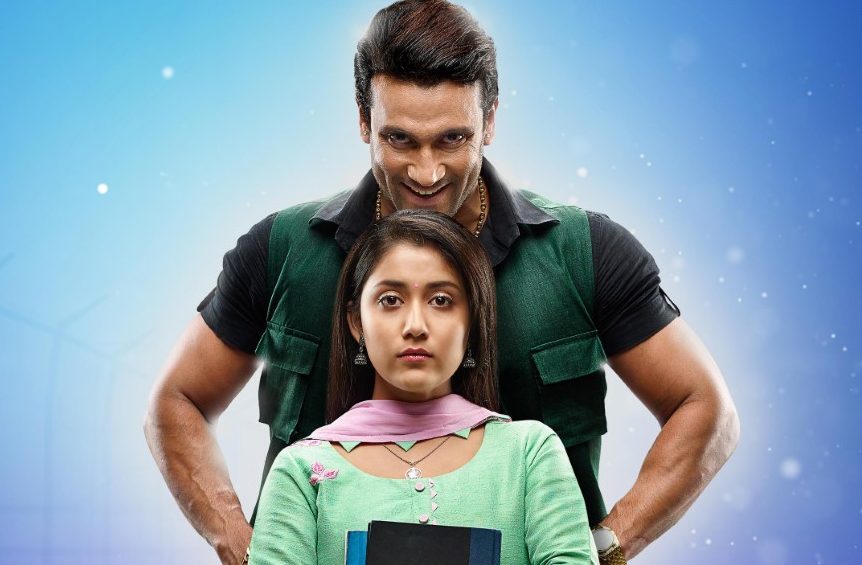 Sadly, patriarchy reigns supreme in many parts of the country and society conveniently overlooks crimes like stalking, till things turn ugly and grave.

Ram Yashvardhan, who is debuting as a villain ‘Rivaaj’ in this show, visited Jalandhar to talk about the show and while talking to reporters in a city hotel, Ram Yashvardhan said, “After years of silence, today the women of our country are finally standing up unitedly against harassment with unusual strength and courage. Celebrating this spirit of awakening, Star Bharat launched this show ‘Ek Thi Rani Ek Tha Raavan’ on 21st January.

Ram Yashvardhan further said, “Ek Thi Rani Ek Tha Raavan has recently gone on air and we are hoping that the show strikes a chord with the audience. To get into the role of Rivaaj, I have had to gain weight and make changes even in the way I walk and talk to be the Raavan that Rivaaj is in Rani’s life. What gets me excited about the show is that it is aiming to bring about a positive change in society. I thank Star Bharat for making me a part of a show that is bound to be a change-agent in the society.” On his visit to Jalandhar, he added, “I am so glad to be here in Jalandhar.  Besides promoting the show, I am also looking forward to gorge on some paratha and lassi here in Jalandhar.”

The show addresses the pertinent issue of stalking in our country through the powerful story of a young girl. Set in the historic town of Jhansi, home to Rani of Jhansi, the show reveals the nightmares of a girl-next-door Rani, the protagonist, who has been living in a dilemma about leaving her home every hour of the day. Belonging to a broken family, she aspires to be well educated, but steps out with little enthusiasm everyday fearing a follower. A man who waits until she leaves her doorstep and keeps her company during her day. This man, a 27 year old Rivaaj is neither her friend, nor her lover. He is a stalker.

The crime of stalking is seldom given its due importance and is swept under the rug. Instead, the woman in question is often asked to mend her life and ways to avoid being stalked. The approach is always to blame the woman instead of the perpetrator. The show strives to influence mind-sets of men and women alike to overcome this prevalent evil.

Star Bharat’s spokesperson said, “Our entertaining fiction shows aimed at family viewing have been warmly received ever since we have launched. Our constant endeavor has been to create stories that inspire the narrative of our country to unleash their true selves. We have started this year with one such story called ‘Ek Thi Rani Ek Tha Raavan’, which is based on every woman’s inner strength of transforming their ‘fear’ to ‘fire’ of change. Our year has just begun, more promising shows are on their way to pave a remarkable 2019.”

The show, produced by Panorama Entertainment will see Manul Chudasma making her debut as the protagonist ‘Rani’ and Ram Yashvardhan as the antagonist ‘Rivaaj’ respectively. Versatile actor and singer Ila Arun, has lent her evocative voice to narrate a moving poem for the promotion of the show. Television personalities like Sanjeev Seth, Vaishnavi Rao, Ashwin Kaushal and Ritwika Dey will be essaying important roles in the show.

Also Read :   Wholesaling Real Estate Versus Dropshipping: Which Is Better?