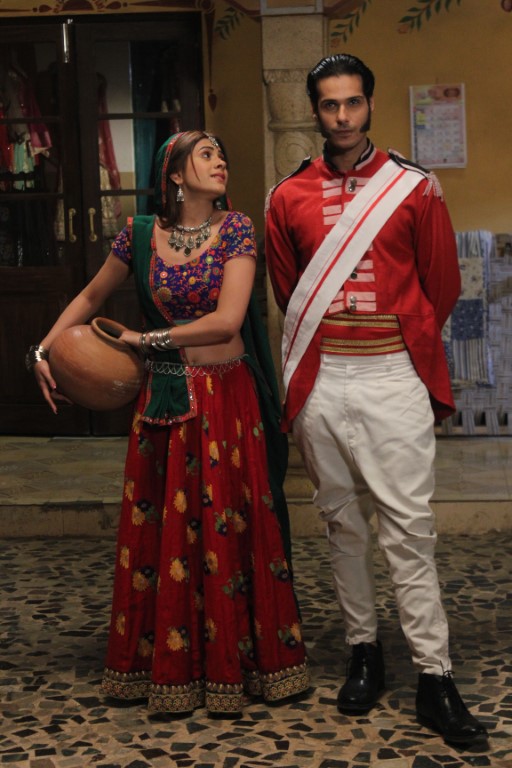 As the truth of Adi-vasi drama comes out in front of everybody, the upcoming track has got Elaichi (Hiba Nawab) planning another tact to advance her chances of being with Pancham (Nikhil Khurana).

While Elaichi and Pancham try to make Murari (Anup Upadhyay) believe of their romantic relationship from their previous life, they scare everyone by calling out unusual names in their sleep. As the two come dressed up as certain Reshma and Lord Pancho, everyone is taken by surprise and decide to get a doctor for them. Pintu (Harveer Singh), comes disguised as a doctor and conducts hypnotism on Pancham and Elaichi only to reveal that both of them were lovers in their previous lives. As he suggests of getting the two married, Murari, unconvinced, rather plans of throwing Pancham out of the house.

What will Elaichi and Pancham do to convince Murari to get them married?

Nikhil Khurana, playing the role of Pancham said, “Pancham and Elaichi have their attempts of convincing Murari to get them married, but nothing seems to work. As the two make up the drama of Punarjanam this time, it is going to be a lot of fun for the viewers to watch what happens next. I am excited for another quirky look, that of Lord Pancho and I am sure the audienc is going to love it too.”

Hiba Nawab, playing the role of Elaichi said, “Elaichi has some or the other tact always running in her mind and has come up with another one to continue her attempts of getting married to Pancham. Disguised as Reshma, Elaichi is enjoying herself playing the character and I am enjoying it too. It is going to be extremely entertaining for our viewers to witness what happens next as Pancham and Elaichi fake a Punarjanam.”

Stay tuned to Jijaji Chhat Per Hain, Monday to Friday at 9:30PM only on Sony SAB