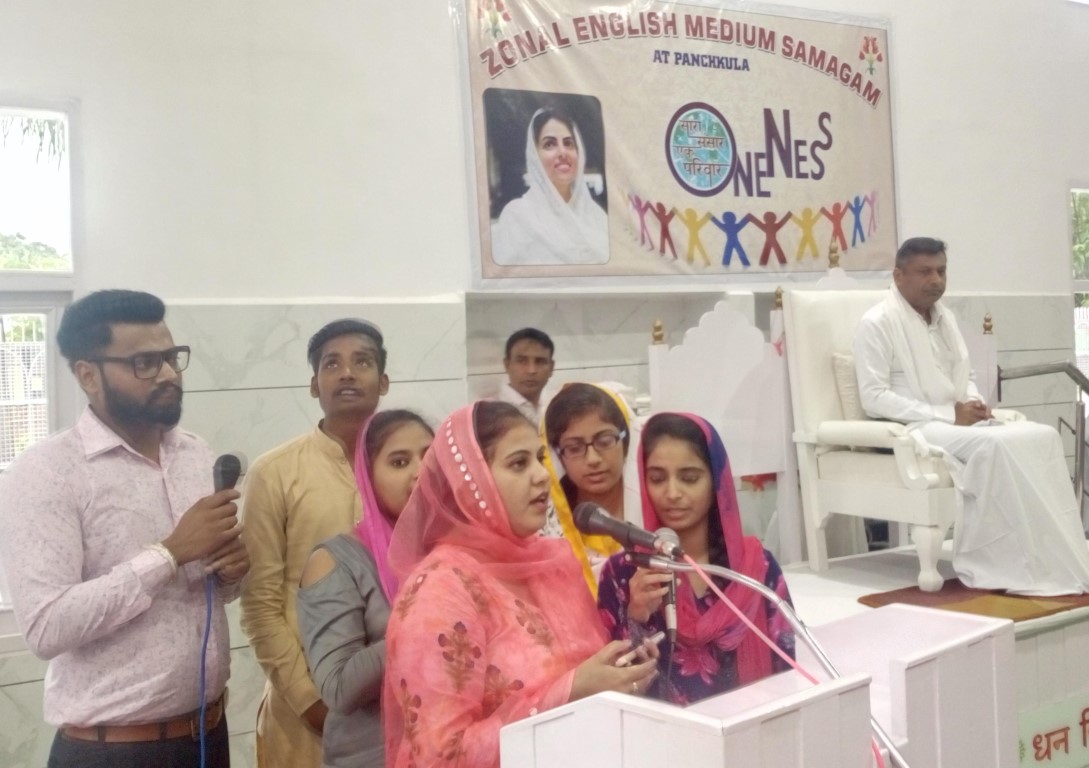 Young saints both from rural, urban and even from slum areas explained the philosophy of the Mission through their speeches, songs, quiz and skits with great devotion and enthusiasm particularly on the harmony in life.

Presiding over this English Medium Sant Samagam, Shri Avinash Garg Central Pracharak, Sant Nirankari Mandal, Delhi clarified that after getting the Brahmgyan one can understand the full meaning of ‘ONENESS’  and then the distinction of caste, creed, colour and nationality vanishes. He further said that till we don’t recognize the oneness it is difficult to live in this world without walls. These are the walls which have been created due to the ignorance of one formless god.

Earlier, Sh. K. K. Kashyap, Zonal Incharge, Chandigarh, welcomed Shri Avinash Garg, Central Pracharak, Sant Nirankari Mandal, Delhi, all the participants for their participation. He said that around 70 percent of the population of the world speak English language.  Such congregations motivate the youth to spread the message of Harmony, Oneness and world without walls. 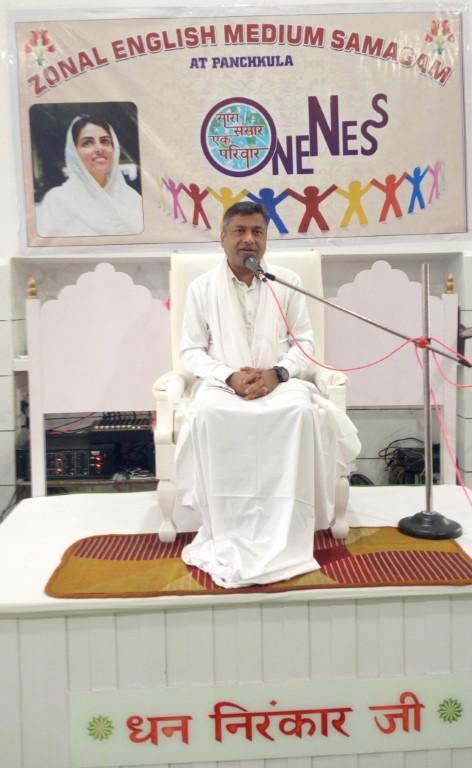 Dr. J.K.Cheema , Sanyojak, Mohali, Sh.Naveen Pathak, Sanyojak Chandigarh also spoke on this occasion. They said that the universal brotherhood can be achieved only by following the path of harmony, oneness and world without walls.

Registrations open for India’s only Psychology quiz for schools by Mental...