Pooja Batra makes a Foray into the Punjabi Film Industry

NewZNew (Chandigarh) : Bollywood beauty Pooja Batra, who has given a number of hits like Virasat, Haseena Maan Jayegi, Jodi No. 1 etc. is all set to make her debut in a Punjabi romantic action movie Killer Punjabi, which would be releasing worldwide on May 13. 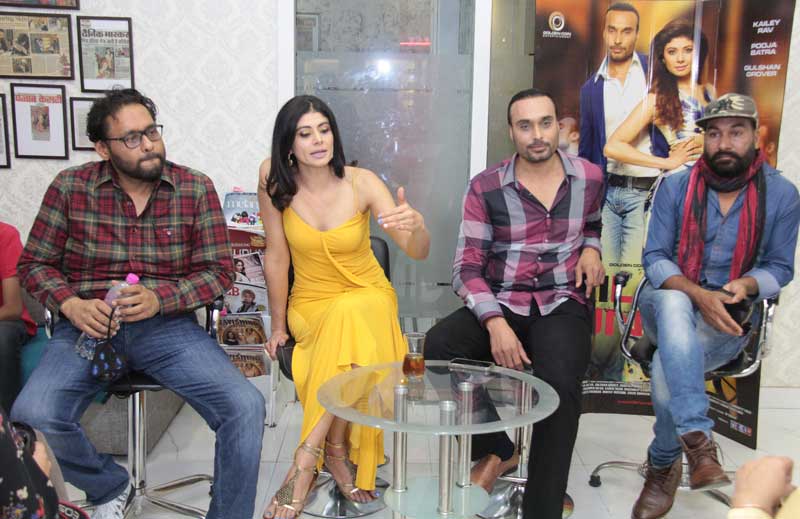 The movie has been produced by Ludhiana born NRI Kailey Rav, now based in Canada, who also plays the lead role. While Pooja Batra who had started her career with Hindi movie, Virasat, makes a comeback, she is also the co-producer of the movie. Pooja has also recently bagged a prominent role in an upcoming Hollywood flick titled One Under The Sun.

The star cast of the movie was in city today at the Cleopatra Spa and Salon in Sector 9 here. While interacting with the media, the Los Angeles (LA) based actress, Pooja Batra said, “Killer Punjabi has been an amazing experience for me as I am making my foray into the Punjabi film industry. It’s an edge-of-your-seat mystery thriller and I am excited to be a part of it.” 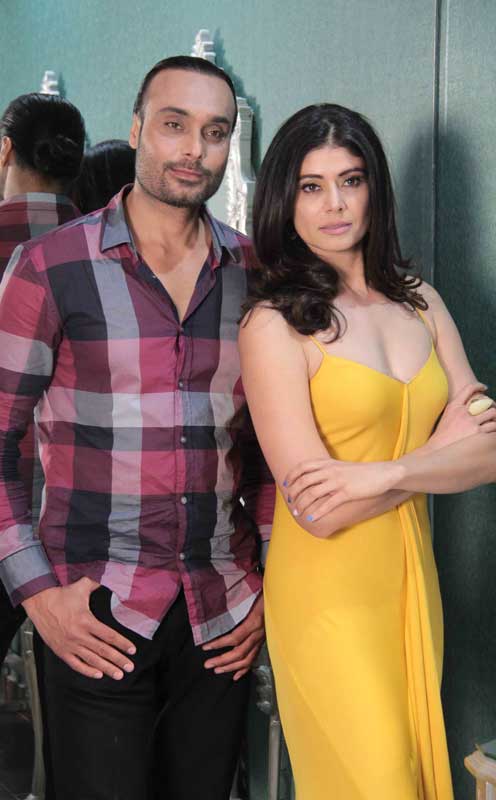 Incidentally a lot of shooting of the movie has been done in LA, besides Las Vegas, Canada and Bagrian Haveli in Sangrur. Pooja plays the role of a nurse who unknowingly falls in love with a professional killer which has been aptly played by Kailey Rav, who has got the contract of his life, to kill Pooja Batra who plays Ritu Walia in the movie.

Batra, a former Miss India, said after having done a number of south Indian films, she is confident about Killer Punjabi as it’s packed with a lot thrill and entertainment. She is seen sharing the screen with Indo-Canadian lead actor Kailey and Bollywood Bad Man Gulshan Grover, who is undoubtedly a villain in the movie.

The movie producer, Kailey while speaking to media informed, the trailer for the action-packed drama was released in March, which is a powerful one and gives a good glimpse of the movie where Pooja is seen romancing, dancing and kickboxing in this fast-paced hitman’s love story, 90 percent of which has been shot abroad.

Actor Jasbir Gill plays the role of Kailey’s father and Gurman Gill is the child artiste who very strongly puts forth the character of Kailey by playing the role of his childhood.

The movie is a product of Kailey’s lifetime efforts and offers an out-of-the-box idea rather than being a boring romantic production. “This movie also happens to be my debut in film making. I always wanted to make a mark in the film industry and this is just the beginning. Next on the cards is a Hindi movie”, says Kailey confidently who is sure Killer Punjabi will make an impact not just in Punjab but also among the NRI community, since he himself is an NRI and the movie happens to be a depiction of harsh realities in life.

The story writer of the movie is Ravinder Singh and the music has been given by Aslam Keyi and Arvind Kumar while songs have been sung by Kamal Khan, Mohammad Irfan, Harshdeep Kaur, Shipra Goel, Kalpana Patowary and Abhilasha.

Why Online Games Are Popular in India: The world is moving from the physical and manual process of operation to the digital option, and...