Confederation of Indian Industry (CII) held a workshop on ‘GST: Impact on Trade & Industry’ aimed to hand-hold the industry through initial teething troubles after the implementation of the Goods and Services Tax (GST) at CII Headquarters here today. 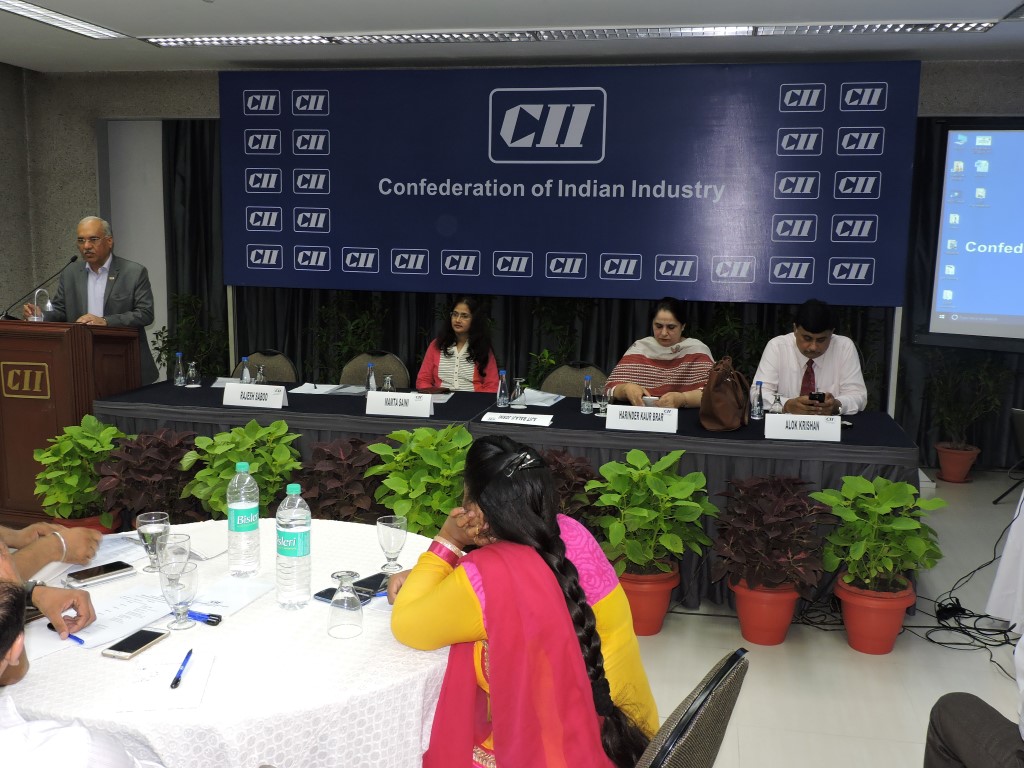 Ms Mamta Saini, Deputy Commissioner, GST, Government of India, Ms Harinder Kaur Brar, Deputy Commissioner of State Tax, Legal Cell- Government of Punjab, and Mr Alok Krishan, CA, Partner, S Tandon & Associates clarified on various queries from a large number of industry representatives at the various sessions of the workshop today. Addressing participants on some of the major issues raised by them experts reiterated the need to continue business as usual and emphasized there is no need to panic.

Mamta Saini, Deputy Commissioner, GST, Government of India, said, “There is no need to panic post GST and businesses can be run as usual without needless fear. GST is not merely a tax reform but about changing the economy. With uniform tax rates, businesses will not have to change frequently. With GST, more MNCs will come to India and thus more employment will also be generated. The government has taken care to avoid any problems under GST and given leeway of two months without any provision of raids or searches.

Harinder Kaur Brar, Deputy Commissioner of State Tax, Legal Cell- Government of Punjab, said, “We received a very positive feedback from the industry and clarified on the issues raised by the participants today. GST is a big reform and above all it has instilled a feeling of one nation among us.”

Rajesh Saboo, Chairman, CII Himachal Pradesh Council, said, “As happens in the case of any big ticket reform, there are bound to be teething troubles and initial hiccups which we should overcome with a positive outlook for GST to be truly successful.”

On the issue of invoice format, Mr Alok Krishan, CA Partner S Tandon & Associates, said that the law had not specified on any format be it for invoices, self-invoices, debit notes, credit notes or any other document but only on the content or information to be furnished. Details such as the GST number, particulars of the buyer, place of supply, state code, rate and amount of tax are the main information required, they said.

Clarifying on e-way bill, experts clarified that as of today the e-way bill provision remains postponed and a date will be notified later. On the exports front, experts informed about the provision of exports against bonds already available under the GST law.

On queries related to freight, experts said GST on transition of goods is payable on reverse charge basis by the person making payment of freight. Freight charged on invoice is part of the transaction value on which GST is payable. On the queries raised on transition provisions, and admissibility of ITC, experts said on the invoices raised under the previous regime and received after 30 June, the tax paid on them can be availed as ITC provided they are accounted for before 30 July.