Farmers stage protests in Punjab, Haryana: Farmers in the states of Punjab and Haryana on Sunday held protests on a call given by various organisations against the “anti-farmer” bills introduced by the Union government in Parliament. 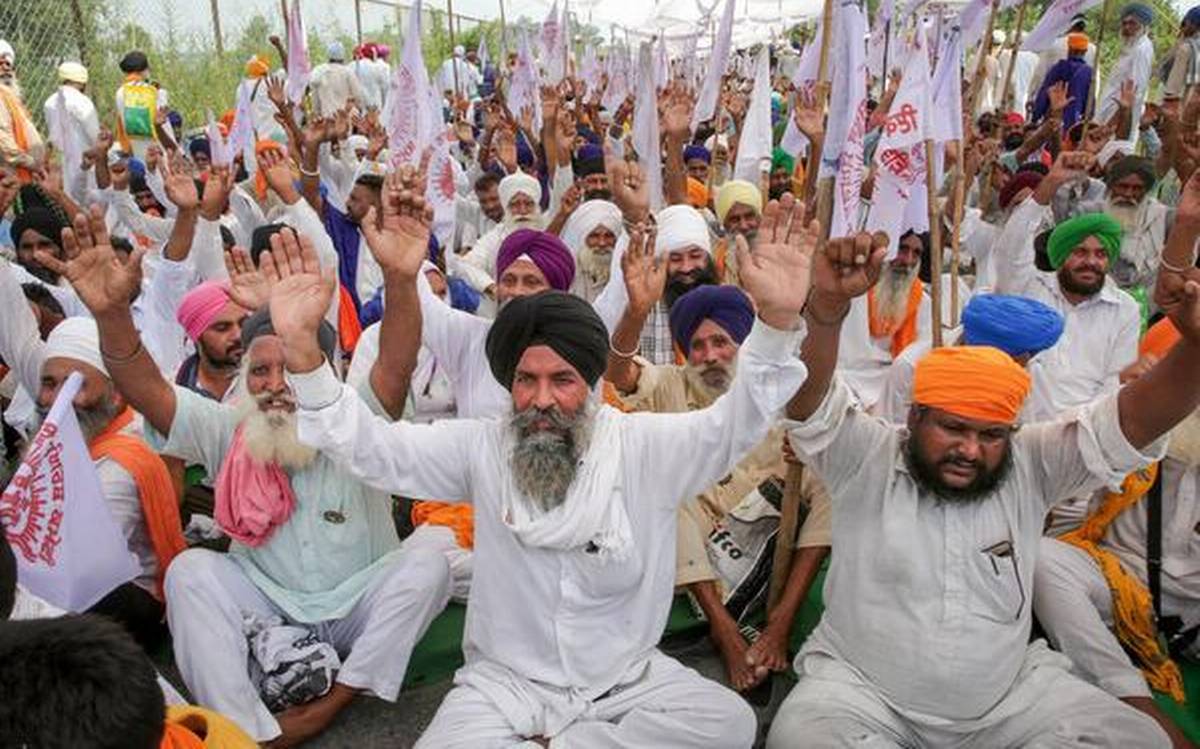 However, there was no report of violence anywhere in both the states.

The reports were received from Faridkot, Moga, Ludhiana, Ferozepur, Sangrur, Hoshiarpur and other places in Punjab and also many places in neighbouring Haryana. Also Read: Capt Amarinder&#8217;s 10 questions to Badal to Nail their lies of Farm Bills

The protesting farmers, under the banner of the Bharatiya Kisan Union (BKU), said they imposed a blockade on movement of vehicles, including public transportation, from rural areas to cities and towns as a mark of protest.

They also burnt the copies of the farm bills.

The farmers’ organisations were demanding, among others, continuation of the minimum support price to their produce. Also Read: SAD appeals to all parties to join hands against farm Bills

Haryana unit BKU President Gurnam Singh Charuni said the farmers were forced to start the protest as the Central government was not helping the community.

In Hisar, farmers blocked the toll plaza near Mayyar village on the national highway. Also Read: Unlock-4: Punjab Issues new guidelines to be implemented from September 21

In a communication to Deputy Commissioners and Superintendents of Police, Additional Chief Secretary (Home) Vjai Vardhan said the protesters should be dealt with “tact and patience”.

In Punjab, Akali patriarch and five-time Chief Minister Parkash Singh Badal has expressed “immense satisfaction and pride” over the strong and principled stand taken by the Shiromani Akali Dal “to save the beleaguered peasantry and the country”. Also Read: Haryana Health Department has issued new guidelines for home isolation care of COVID-19 patients

“I am pleased and proud that when the hour of reckoning arrived, my party as always has held aloft the flag of justice for farmers and other exploited sections of society. This flag symbolises the identity of the Akali culture and movements and it is a great feeling to watch it flying high,” he said in a statement here.

His party SAD, an ally with the BJP in Punjab, has appealed to all political parties to join the “struggle” against the proposed legislations.

It has castigated the Congress and the Aam Aadmi Party (AAP) for what it called “back-stabbing the farmers” by not opposing the passage of the Bills in the Lok Sabha.

On the contrary, Punjab Chief Minister Amarinder Singh has asked opposition SAD leaders, including the Badal couple, 10 pointed and pertinent questions to nail the “lies” they have been allegedly perpetuating in the last few days to save face on the agriculture Bills. Also Read: Haryana CM unveil the statue of Bapu Balmukund Gupta

Responding to the no-holds barred attack launched by both Sukhbir Badal and his wife Harsimrat Badal since the ordinances were ready for introduction in Parliament, the Chief Minister said the duo had been fabricating lies on the whole issue just to cover up their “muddied faces”, which had been completely exposed.

Sports oriented roles are being followed in the Punjabi as well...