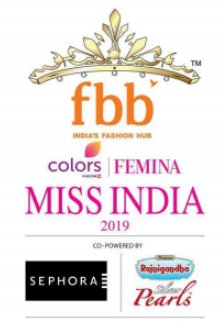 The winner will represent India at Miss World pageant. The others too stand a chance to represent the country at International Pageants like Miss Grand International and Miss United Continents.

This time too, the pageant will conduct a nationwide hunt in all the 30 states (including the Capital, Delhi). The Top 3 contestants from every state will win a Golden Ticket to the State’s Zonal crowning ceremony which will be held in Bangalore (South Zone) on 24thFebruary 2019, Delhi (North Zone) on 06TH March, 2019, Pune (West Zone) on 02nd April, 2019 and Kolkata (East Zone) on 23rd April, 2019. Each state winner will make it to Grand Finale which will be held in June.

But before that they will undergo rigorous training from the best in the industry. The gorgeous Neha Dhupia and Dia Mirza will mentor the girls; East and West Zone will be handled by Neha and while Dia will take charge of the North and South Zone.

Dia Mirza – (South Zone & North Zone) Commenting on the same, “Miss India created a paradigm shift in my life and I hope the same for these girls too. The legacy of Miss India is extra ordinary, I will give my best from my end to girls to achieve their dreams and discover themselves. I’m sure Miss India will be a turning point to all the contestants”

Neha Dhupia – (East Zone & West Zone) Commenting on the same, “I started my journey with Miss India and since then it has been a never-ending relationship with the pageant. Every year I see a fresh lot of ambitious and enthusiastic girls with the dream to win the Miss India and make India proud at the prestigious Miss world. I’m looking forward to have Manushi’s successor this year.”

With Six Miss Worlds who have made India proud by marking their presence on the globe- Reita Faria (1966), Aishwarya Rai Bachchan (1994), Diana Hayden (1997), YuktaMookhey (1999), Priyanka Chopra (2000) and Manushi Chhillar Miss World 2017, who brought the coveted crown back home after 17 years- the hunt for the new crown bearer has now begun.