NewZNew (Chandigarh) : FC Goa has left to Rio de Janeiro, Brazil to prepare for the upcoming Hero Indian Super League season. 12 Indian players from the squad departed from Dabolim International Airport on 29th August while the international players will join their teammates in Brazil.

Fulganco Cardozo who has been selected for the national team’s encounter against Puerto Rico will join the rest of the squad in Rio de Janeiro at a later date. Sanjay Balmuchu and Raju Gaikwad will also join the team later due to commitments with their parent club. 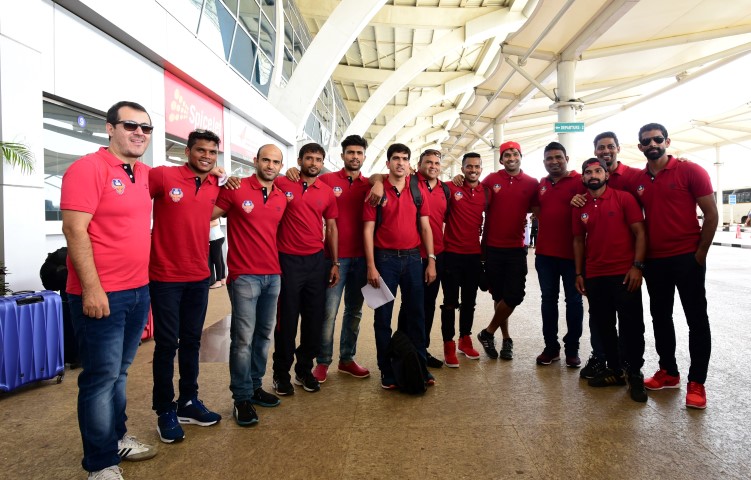 Head coach Zico’s idea behind taking the team to his home country was that the team would get a run out against some tough opposition which would give them the much needed practice to play against teams in the ISL. “Our pre season will be here in Rio where we are playing friendly matches against some strong teams. This will immensely benefit our Indian and foreign players. Our thinking is that if our pre-season this year is as good as it was last year, the chances of success will increase significantly. So, for me, our pre-season in Brazil will be a trump card for us,” he mentioned.

Mandar Rao Dessai who recently travelled to Villareal CF in Spain for a two week training stint has expressed the need for quality training facilities. “Football in India and abroad is completely different. I’m sure that in Brazil, we will have better training facilities and we will get to play against strong teams. This will help us develop our skills and it will help the team understand each other before the ISL starts,” he explained.

The team will have a run of pre-season games against local opposition before returning on 24th September to Goa ahead of the start of the new season.

Social takes Devotees ‘Through the Nine Nights’ with a Special Menu

Three Tricity youngsters get together to set up hair & beauty...