NewZNew (Chandigarh) : Within hours after the third Test between India and Australia ended in a draw at MCG, the most successful Test skipper in the history of Indian cricket announced his retirement from the longest format of the game. A captain, under whose leadership, India reached the zenith of ICC Test rankings in 2009, bid adieu to the longest format of the game. 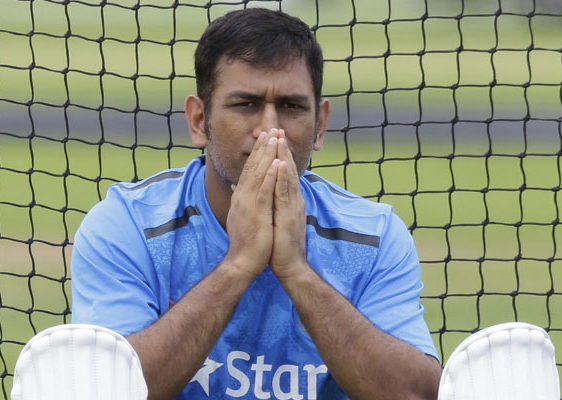 Mahendra Singh Dhoni must have had a handful of reasons before he reached his decision. Here, we analyze five possible reasons that could have crossed MSD’s mind before he took that call.

Fatigue due to excessive cricket:

For the past few years, Dhoni had been playing excessive cricket. He has been representing the country in all formats of the game as a wicketkeeper-batsman, which is an exhausting task. As BCCI indicated in their press release, fatigue could be one of the reasons. Being the captain of India, a country where cricket is the number one sport, he has had to deal with tremendous amounts of mental pressure as well.

Virat Kohli’s form Down Under:

For quite some time, Dhoni’s deputy Virat Kohli has been touted as the future Indian skipper. Earlier, many experts were of the view that Kohli should learn all the captaincy traits under Dhoni before taking charge. And when the Delhi-lad got a chance to lead the Test side for the first time in the on-going series, with Dhoni nursing an injury, Kohli passed the test with flying colours. Though, India lost the Test, Kohli led the side by example and his approach remained positive throughout. It could have given Dhoni a good reason to handover the Test captaincy to the batting superstar.

Poor records in Tests as captain:

Under ‘Captain Cool’, India touched new heights in Test cricket when they reached the zenith of ICC Test rankings in 2009. But Dhoni had been facing a lot of criticism from almost all quarters in recent times for his Test captaincy and poor batting form. From former cricketers to cricket experts to armchair critics, everyone was after him. His Test strategies were being termed as ineffective. With every passing away series, his record as Test skipper was becoming miserable. And immediately after Australia sealed the on-going series in Melbourne, he would have thought, it’s high time to call time on his Test career.

With the ICC World Cup 2015 just round the corner, Dhoni must be thinking of keeping himself fully fit before the event. He had to skip the first Test of the on-going series against Australia due to an injury. Age is also not on Dhoni’s side, so he has to be more cautious about his fitness. This February, Dhoni & Co. will enter the quadrennial event as defending champions in Australia and New Zealand. If he manages to lead the side to the third world title, he will surely go down as one of the legends of the game. So, keeping himself fit for the tournament is vital for the skipper.

To spend more time with family:

In the recent past, many senior cricketers decided to quit international cricket to spend more time with their family and friends. After four years of marriage, Dhoni could possibly be thinking of expanding his family. Along with that, Dhoni has become an entrepreneur as well, who has invested in different ventures – be it sports teams, gyms and other businesses. Handling all these things simultaneously is quite a challenge. This too could have prompted Dhoni to walk in to the Test sunset.