Sinusitis remains a major health burden in the Indian population. Fortis Hospital here has introduced a technique, a first of its kind in the country which is an out-patient procedure, involving the placement of a stent in the sinus opening to dilate it so as to provide drainage of the sinus contents. It has so far been done only in UK, USA and Germany. 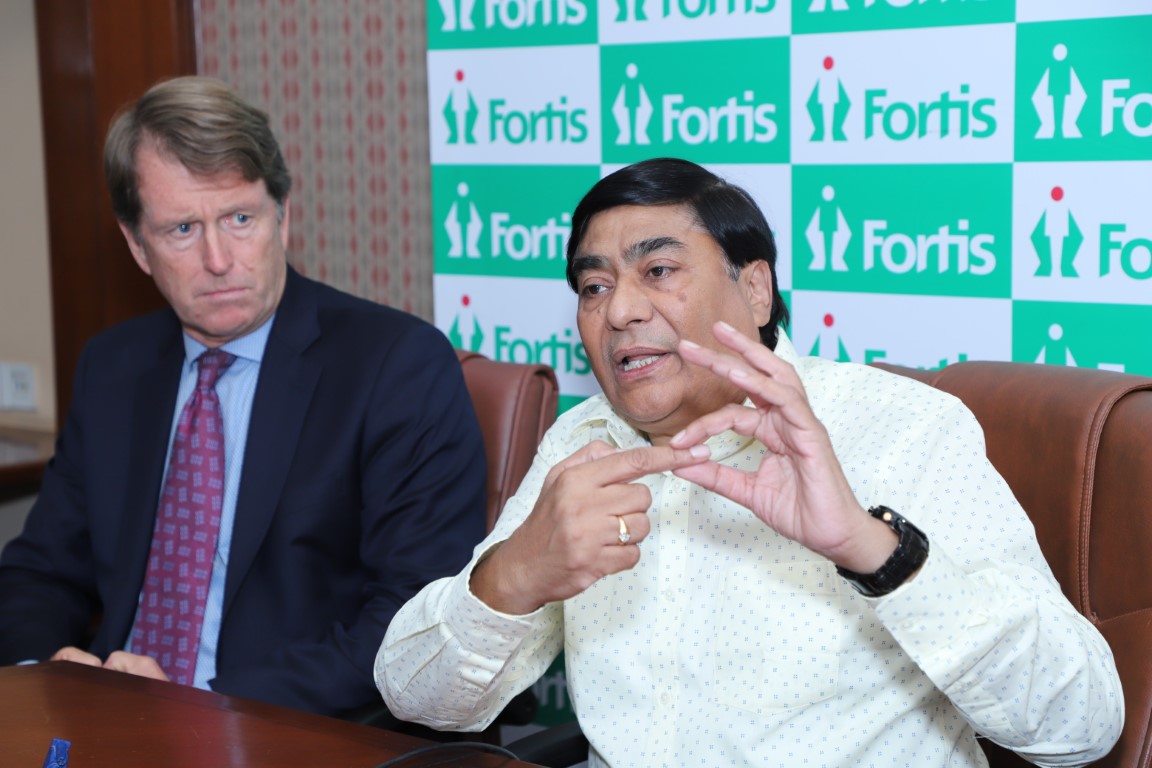 Dr Ashok Gupta, Director, ENT and Head and Neck Oncology at Fortis hospital, Mohali took the initiative of introducing this technology here at Asian subcontinent. This device has been brought to Indian by Alliance World in partnership with SinuSys.

As per the Fortis Mohali doctors about 25% of the ENT patients that they see in their practice have sinusitis. Dr. Ashok Gupta, former Head (II), Department of ENT and Head and Neck Cancer Surgery, PGI, Chandigarh, while speaking to media persons here today said, “The management options are varied starting from medical management to surgical options. The patients failing medical management are offered surgical management. The surgical treatment options have been undergoing a lot of changes from extensive morbid procedures to lesser and lesser invasive procedures. The most commonly used procedure is Functional Endoscopic Sinus Surgery (FESS). It involves use of the cold steel surgical instruments to open and dilate the sinuses by surgically widening the opening. Then came a short era of balloon sinuplasty which couldn’t succeed due to cost factors and delayed presentation of the cases at the clinic or hospital making it ineffective.”

Explaining the latest technique, Dr. Gupta said, the procedure is minimally invasive and no general anaesthesia is required. The cost involved is half of the most commonly used procedure is Functional Endoscopic Sinus Surgery (FESS).

He said, “The SinuSys sinus dilation system is a novel approach to the treatment of sinusitis. It uses a natural low pressure system to dilate obstructed sinus drainage pathways which causes disease. Due to its simplicity and low pressure, the procedure can typically be performed with the patient awake, thus avoiding the time, risk and cost of other surgical procedures, while accomplishing excellent results.”

Dr Gupta said, the physician is able to place the device directly into the obstructed sinus cavity under endoscopic visualization. During a one hour time period, fluid is absorbed from the sinus lining causing the device to enlarge in a slow, safe and predictable manner. At the end of this time period, the device is removed, leaving behind a functional drainage opening and allowing the function of the sinus to return and eliminating the patient’s symptoms.

The success rate of the procedure in the appropriate patient population, has been found to be comparable to more aggressive techniques, such as endoscopic sinus surgery. The potential risk is much lower and typically with this technique, the patient may return to normal activity almost immediately, with no significant pain, he said.

The procedure can be performed at a significantly lower cost than other procedures, not only due to the lower cost of the device, but also the associated cost of the operating room, hospitalization and recovery. Even when compared to chronic use of medications, such as antibiotics, and nasal spray, this technique can provide more economical treatment options, the doctor added.

Fortis hospital Mohali also organised a CME on the same wherein guest faculty from USA, the pioneer of the technology, Dr Hester himself introduced it and gave a live demonstration of the case. He answered queries related to usage of the device in relation to Indian population. Faculty from Delhi, Punjab, Himachal and Chandigarh attended the same. The CME not only included a live demonstration but also a healthy academic discussion on the other modalities of the management of sinusitis.

In 2001, sinusitis represented 13.6 million outpatient visits according to the U.S. Centers for Disease Control and Prevention (CDC). Approximately 40 million Americans are affected by sinusitis every year, and 33 million cases of chronic sinusitis are reported annually to the CDC.