Ganeshotsav: For 2nd year, no giant idols or mega celebrations in Maha: For the second consecutive year, the Maharashtra government has decided to ban mega public celebrations and gigantic idols of Lord Ganesha for the upcoming 10-day Ganeshotsav festival starting September 10. 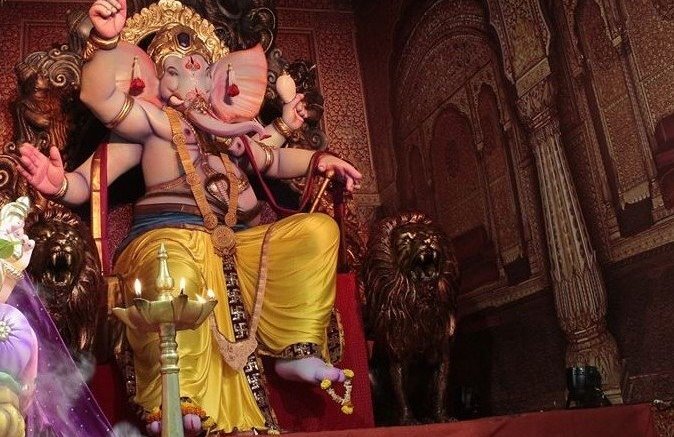 In view of the anticipated Covid-19 ‘third wave’, the state government on Tuesday issued a detailed notification restricting the height of the idols to up to 4 feet at public marquees and 2 feet for home worship.

The government has also stipulated simple, unostentatious celebrations, without crowds and strictly following all Covid-19 protocols during the 10 days which mark the state’s biggest public festival in which people from all communities participate.

No processions will be permitted for the start of the festival on September 10 or for the ‘Visarjan’ (immersion) ceremonies on various dates till the final adieu on September 19, sounding a dampener on the much-awaited festival.

Instead of the usual cultural or entertainment programmes, the government has recommended giving priority to health camps or blood donation drives or health awareness campaigns for coronavirus, malaria, dengue etc., with highest levels of cleanliness maintained by all the public mandals and organisers of the mega Ganeshotsav groups.

Depending on the levels of restrictions that may be in force during the festival, the authorities have made it clear that these will not be eased during Ganeshotsav and directed the public ‘mandals’ to ensure that there is no overcrowding during the daily ‘aartis’, ‘poojas’ and ‘darshan’.

The state government has further suggested that the public ‘mandals’ switch over to online ‘darshan’ or relaying the celebrations in the marquees through the local cable television networks, websites or social media platforms, said the notification issued by Sanjay D. Khedekar, Deputy Secretary, Home Department.

For the ‘Visarjan’, children and senior citizens must avoid stepping out and as far as possible, the immersion ceremonies should be performed at artificial ponds which will be created by various public and private bodies, as in 2020, at the height of the first wave of Covid-19.