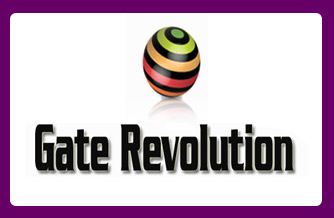 3rd All India Ranker, 21 others bring laurels to the institute

NewZNew (Chandigarh) : GATE Revolution, a unit of Guru Gram Group of Institutions today felicitated its 21 students who have brought laurels to the institute by figuring in the top 1000 All India Ranking (AIR) in Graduate Aptitude Test in Engineering 2015 (GATE 2015).

Ankush has bagged 3rd All India Rank, which is the highest in the region, while other top position holders are Abhishek Sethi, All India Rank 45, Megha Thakural, All India Rank 62 and Deeksha, All India Rank 63, informed Tarun Garg, and Darshan Jindal, Managing Directors, Gate Revolution, located in Sector 34 here. They added the institute had achieved the best result in the entire region. Ankush was presented with a cheque worth Rs 1 lakh by Gate Revolution managing directors.

The results were declared on March 12. GATE 2015 was conducted by Indian Institute of Technology (IIT) Kanpur and 9, 28,543 candidates had appeared for GATE 2015.

At a special ceremony held at Law Bhawan in Sector 37 here, all 21 top rankers were honoured by the institute. Top achiever Ankush, who got 3rd All India Rank, while sharing his mantra of success said, “While it requires dedication and hard work to get success, I would like to thank the expert IIT faculty of Gate Revolution and excellent study material, which helped me sail through the test.”

Gate Revolution, founded in 2003 by a group of visionaries and intellectuals to impart education in a stimulating and innovative environment. Since its inception, the group has promoted education in the area of aviation, engineering, science and management with all the campuses equipped with the state of art infrastructure.

The Great Khali Rirton Show in Himachal From July.