The  Imperial  Golf  Estate, located at Mullanpur Dakha near Ludhiana, has  redefined  the  art  of  living due to its serene environment, having lush green surroundings and striking golf course. The Imperial Golf Estate hosted  organised a One day Golf tournament for Juniors. 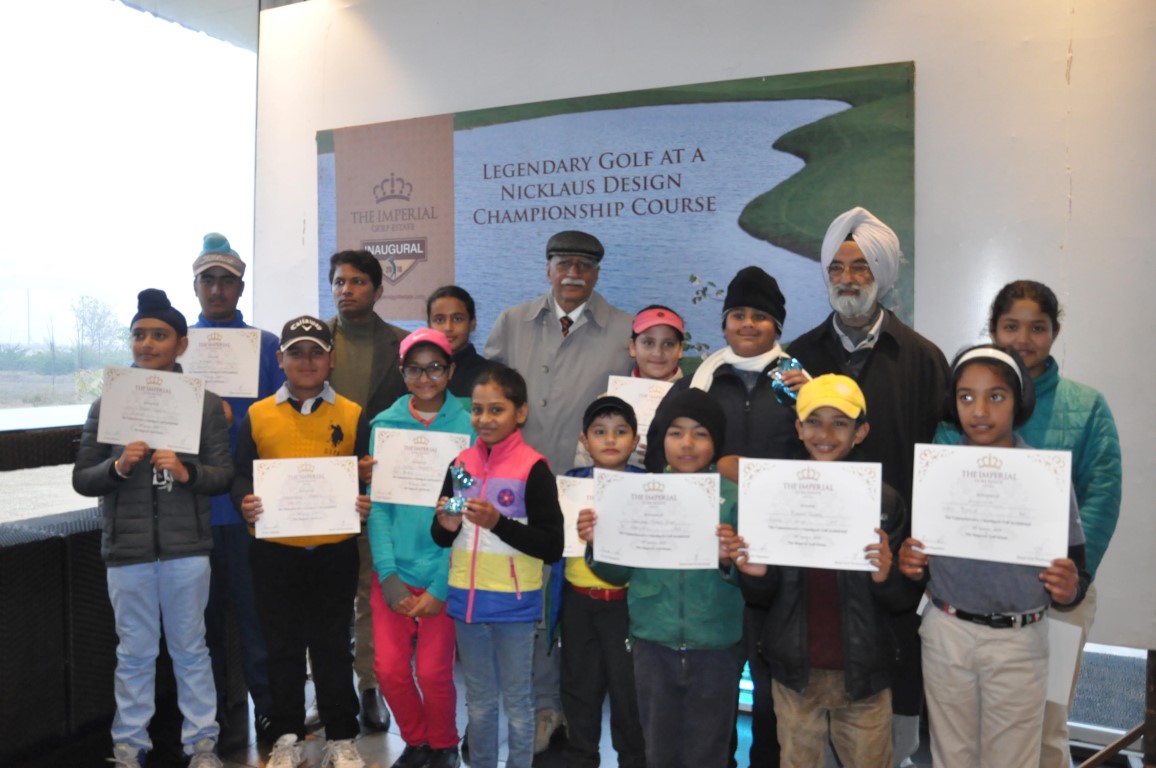 “Young golfers mainly from Chandigarh & this region were invited so that they and their parents could gather information & get a feel of this unique facility located near Ludhiana. The Invitational  Golf  Tournament was organised by us in association with The British School Golf Academy, Chandigarh and the Indo Canadian Golf Association.” Said Col C J Pal, VSM, Project Head, The Imperial Golf Estate.

“All the participants presented a great play with the spirit of sportsmanship.

Prize distribution ceremony was held and the winners were awarded. The tournament was a huge success in itself and played a great role in uplifting a sports like golf in a country where people consider cricket as the God of sports.”Said Manjit Kochar, Golf Instructor from Chandigarh Golf Club.

In order to encourage more participation, no fees was charged from players and the tourney was played over 9 holes.

“It was great to see such talent which I feel is a great asset that India has & through such tournaments, youngsters get a chance to shine & move up the Golf ladder.” Said John Volz, Head, Golfing Operations at The Imperial Golf Estate.

Apart from being a perfect place to play golf, The Imperial Golf Course is fully equipped with facilities required to live comfortably. Eco-friendly environment, land-scaping,  lakes, underground electric wires, rain water harvesting are some of the key features making this place unique in its infrastructure. Moreover, the irrigation is computerized.

All in all, the golf tournament was a perfect start to bring forward the golf talent and  introduce this project to the people which is sure to receive a lot of attraction from the citizens of Punjab and other states.