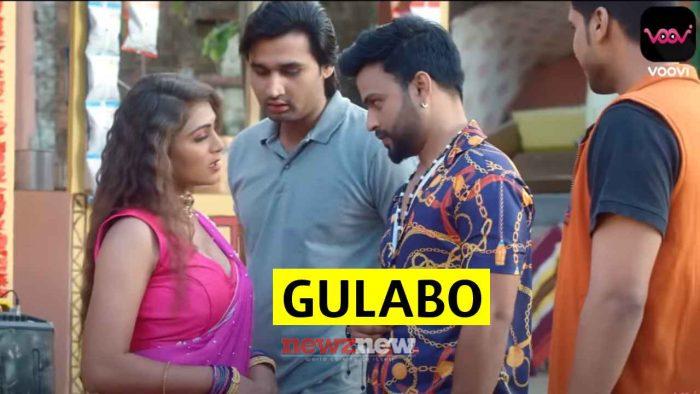 Voovi bags the streaming rights for the series. People can watch all the episodes of Gulabo web series only on the Voovi app from December 19, 2022.

The tale of the series revolves around a young woman who owns a special tea shop and she uses a witty way to earn the money from the villagers.

Take a look at the main cast of Gulabo web series,

Where to watch Gulabo?

Gulabo is a Voovi original web series. The first part of the series is exclusively premiering on the Voovi app which grabs the viewer’s attention.

Gulabo series part 1 started streaming on December 19. It is currently available on Voovi.

Is there going to be a second part?

There is still no official update on Gulabo part 2. However, after the audience’s reaction to the first part, a second one is more likely to happen in the future. Based on the sources, Gulabo part 2 will be available soon on the official platform.

How to Watch Gulabo Part 1 web series online For Free

Gulabo is the new web series from Voovi. This emerging platform has a number of stories and episodes in different genres. In order to Watch Gulabo part 1 series online, users must subscribe to the official platform.

Note: People can also watch the first 4 episodes for free by signing up for Voovi. Its price starts from just Rs.99

Check out the complete details on Gulabo web series 2022,

Surprise checking in 812 schools across the State