Gurpreet Ghuggi promotes Yoga at Elante for healthly living: In a bid to create awareness on the ancient Indian discipline, prominent Punjab actor-comedian Gurpreet Ghuggi today promoted the art of Yoga at Elante Mall and encouraged everyone to practise this art for living a healthier life. 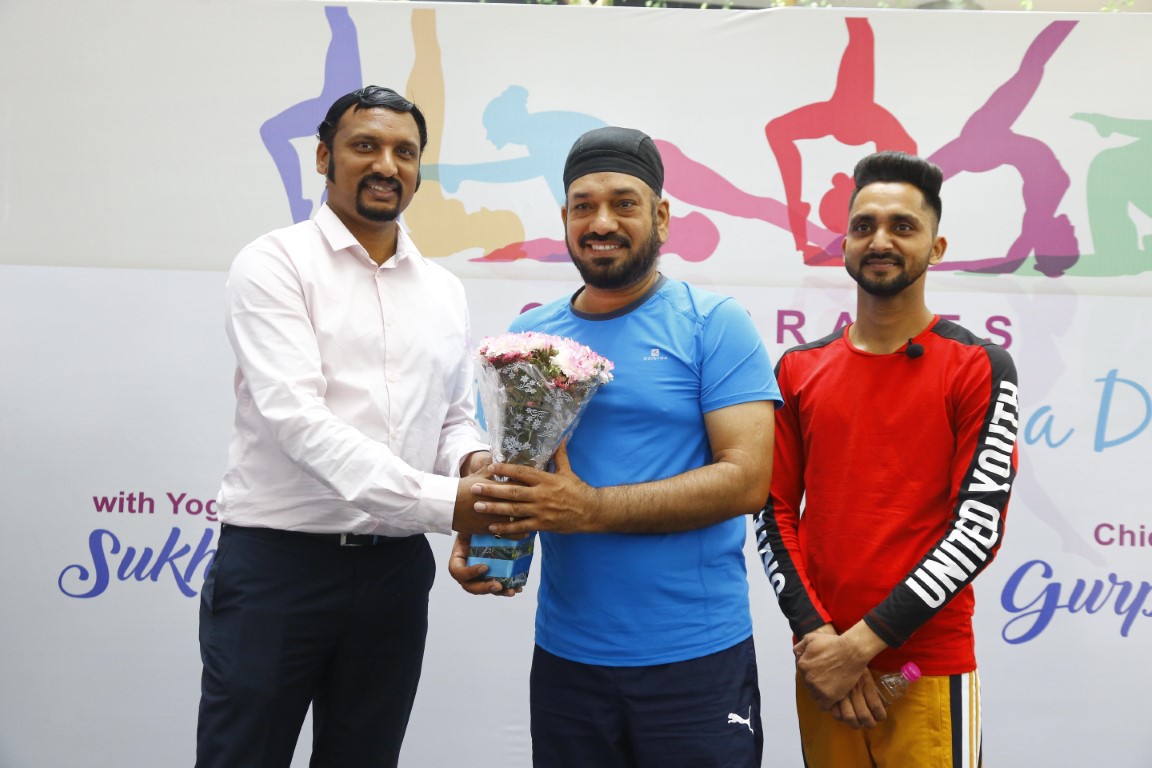 Ahead of the fifth International Yoga Day, Elante Mall organized a Yoga practise session within the premises to popularise the physical and mental benefits of India’s ancient tradition. The energizing sessions were taken by popular Yoga Trainer Sukhdeep where he taught beneficial Yoga poses to improve mental and physical strength.

Derived from the Sanskrit word “Yuj,” meaning ‘to yoke’ or ‘to join’ or ‘to unite’, Yoga is an ancient Indian practice that brings together mind and body. Yoga incorporates breathing exercises, meditation and poses designed to encourage relaxation and reduce stress.

On December 11, 2014, the United Nations General Assembly had declared June 21 as ‘International Day of Yoga’, after Prime Minister Narendra Modi had proposed the idea.

Speaking on the occasion, Thrinath K, Centre Director, Elante Mall, said, “Practising yoga has many benefits for both mental and physical health. At Elante we consciously wish to promote a healthier way of living. We have organized this event to create an awareness of the health benefits of practicing this ancient tradition. I hope all our visitors make yoga as a part of their lifestyle.”

A pre-yoga day session was organised today inside the Elante Mall premises. The programme was graced by prominent Punjabi actor-comedian Gurpreet Ghuggi, who was the chief guest at the pre-yoga day event.