NewZNew (Chandigarh) : ‘Teshan’ has found his soulmate and things are all in place when he decides finally to marry his special someone. But his wedding function has become a tough target to achieve and he is struggling with his circumstances. 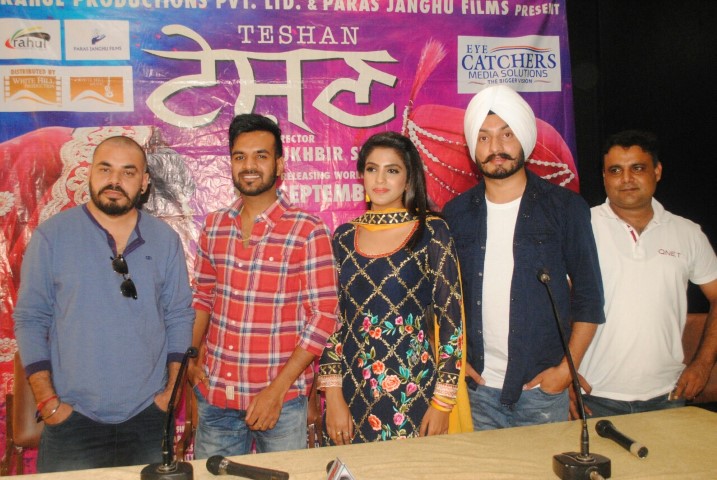 Rahul Productions Pvt. Ltd. and Paras Janghu Films present Punjabi rom-com ‘Teshan’ which marks the acting debut of songwriter Happy Raikoti and his ready to woo the audience on 23rd September. Directed by Sukhbir Singh, this film has been produced by D.R. Tokas and Ashok Janghu. The cast of the film was in town for promotion and interacted with media. 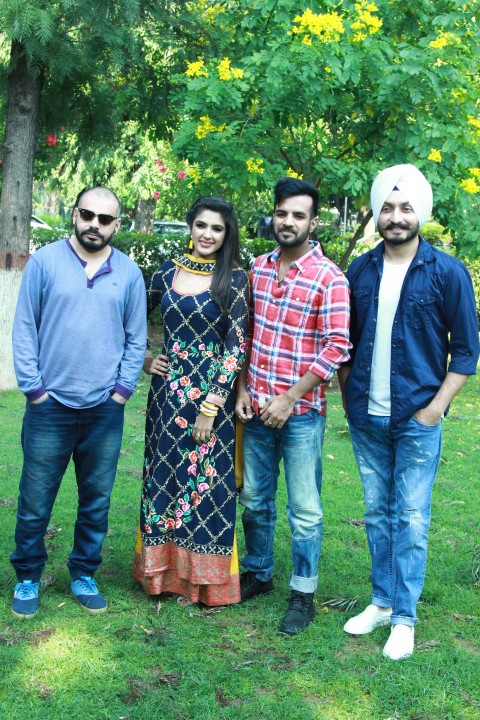 Happy is all happy about his debut and looks promising in the film’s promo. Raikoti said that this film would be like a gift to my fans. Just like my songs, there will be a reflection of a common youth in the film. Prince Kanwaljit has written the story in such a way that the audience will feel as if their own life is being shown on screen. Happy’s character is of a youngster from a backward village which is quite similar to his own identity. Prince Kanwaljit plays his closest friend who is around him every time as a spirit.

Prince Kanwaljit Singh said that the film portrays the life of rural people from various angles. Along with the story special attention has been paid to technique and music to make the film stronger.

Diljott is playing the character of an urban girl Jinni in the movie. Even being urban she values relationships and simplicity.

The music has been composed by Laadi Gill. Happy Raikoti has written all the songs and Ammy Virk, Gulrej Akhtar and Happy Raikoti himself has sung the songs. The film will release on 23rd September.