Here’s why we feel Abhishek Nigam and Siddharth Nigam are the Jai & Veeru of the television industry: The entertainment world has presented us with several on-screen bonds that have not just mesmerised us with their seamless chemistry but have also managed to create a special place in our hearts. 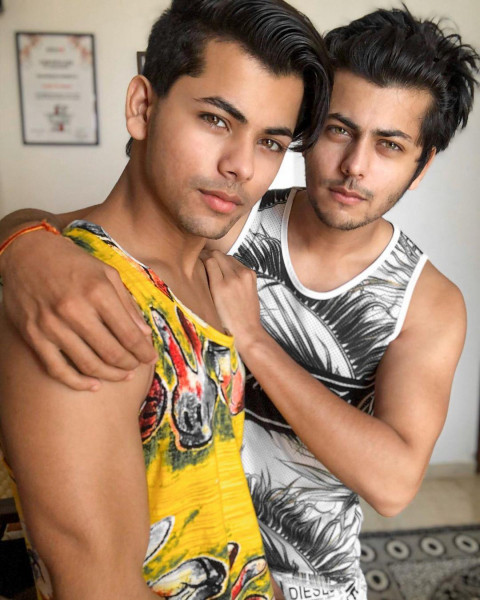 Be it SRK and Salman as Karan & Arjun or the legendry pairing of Amitabh Bachchan and Dharmendra as Jai aur Veeru, these jodis have given us major friendship goals. Call them brothers, call them friends, these characters have etched a special place in our hearts.

Cut to 2021, with Sony SAB’s Hero Gayab Mode featuring the dashing Abhishek Nigam and Siddharth Nigam, a new Jai & Veeru chemistry is brewing. They might be brothers in real life, but their real-life characters are giving major friendship goals to the fans.

We asked Abhishek and Siddharth on what they think on being called Jai and Veeru jodi.

Abhishek Nigam talking about his love for Siddharth, said, “Siddharth is younger to me, but I have always been looking up to him whether it’s his career or the way he carries himself. Many people might not know that Siddharth and I share the same birthday date though he is younger than me. Since he was born, I have treated him like my buddy as the age gap is also very less between us. We have attended so many parties or events where we do not require anyone else after a point. We are so indulged in each other that we forget there are other people as well. We are called the prank masters on the set we have played so many pranks on our friends and family. I remember we played this prank where he painted blood on himself everyone was so scared, and I was with him on this. But after seeing everyone’s reactions, we told everyone it was a prank. The addition of Siddharth in Sony SAB’s Hero – Gayab Mode On has not just been a delight for the fans but for me also as I had sought his guidance and help as a build-up to the show while prepping for my role.”

Further, he added, “When everyone around us started calling us Jai and Veeru we were really happy to be addressed as one of the most iconic friendship Jodi in our entertainment industry. I feel with time we know where we stand in each other’s lives and how much important we are.”

Siddharth Nigam resonates the love and respect his elder brother has for him, “Abhishek is elder to me, but he has always treated me like a friend I know I can rely on him for anything. Since we started working together, our bond has grown to be stronger and better. We are brothers in real life, but the way he treats me is like a buddy that makes our relationship the best. I am never scared to share anything with him because I trust him blindly.”