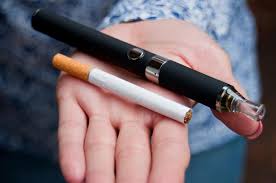 The Delhi High Court vide its order dated 18th March 2019 stayed the operation of the letter issued by Drug Controller General of India directing all state Drug Controller to prohibit the manufacture, distribution, sale (including online), import, advertisement and trade of Electronic Nicotine Delivery System (ENDS) and like products in their respective states.

The Court also ordered stay on the custom circular dated 27th November 2018 which directs all custom authorities to prohibit the import of ENDS and like products if the same are not in compliance with Drugs and Cosmetics Act, 1940. The stay on the letter and circular is valid till 17th May 2019.

The petitioners represented by Senior Counsel Mr. Rajiv Nayyar argued that the prohibition seriously affects the person right to choose a safer alternative as compared with combustible cigarettes. The petitioner also relied to the report on 48th Meeting of the Drugs Consultative Committee dated 24th July 2015 and various RTI response wherein the Drug Controller General of India has recommended that “E Cigarettes are not covered under the definition of Drug and therefore do not come under the purview of Drugs and Cosmetics Act, 1940. E Cigarettes therefore cannot be regulated under the provisions of the said Act.”

While the ASG of the Health Ministry argued that the safety study on E Cigarettes is yet to be confirmed and that the petitioner contends that ENDS is a device that helps a person to quit smoking, is a safer alternative to smoke and is akin to nicotine, the Court after hearing the arguments prima facie was of the view that ENDS are not covered under the definition of Drugs and Cosmetics Act, 1940.

Since the product is not a drug, the Drug Controller General of India had no jurisdiction to issue the letter and circular prohibiting ENDS.

The stay has implications on the advisory of the Ministry of Health’s to States (August 2018). The bans implemented on ENDS by many States may come under purview as they have no legal framework under which the e-cigarettes have been banned.