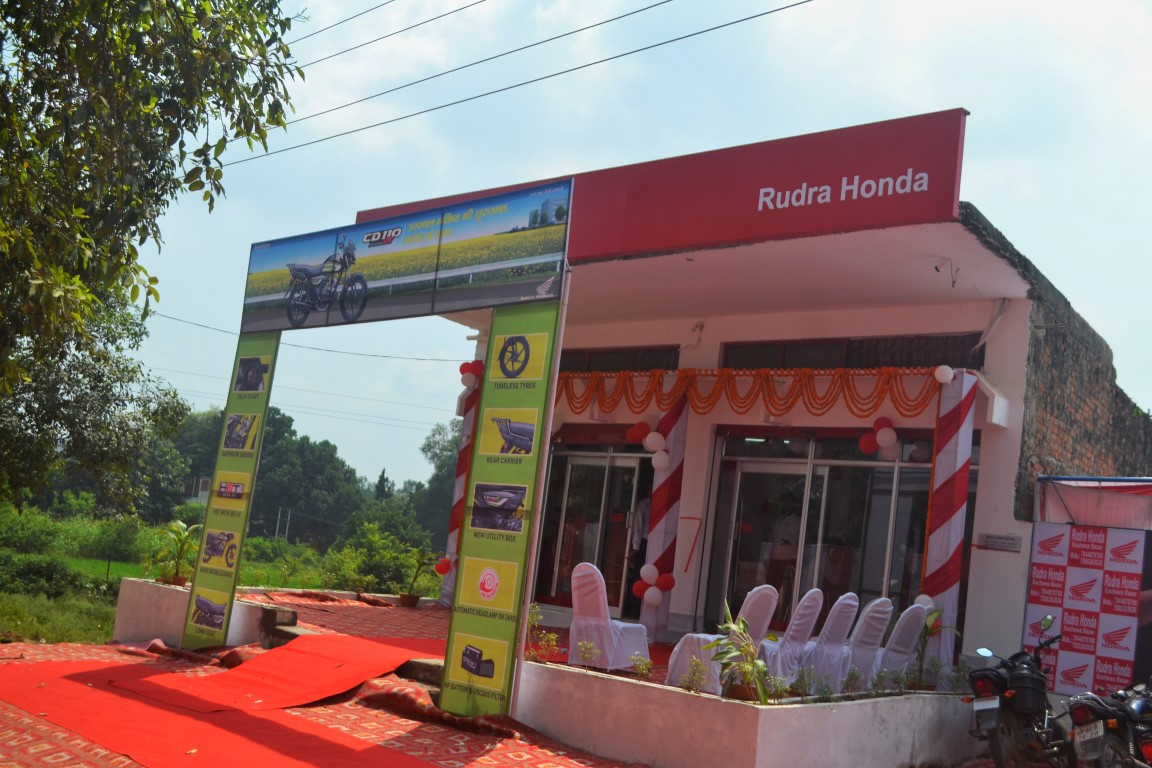 Honda is the ONLY company in the Indian two-wheeler industry to double its network count and inaugurate a significant 2,800 new touch-points in the last two & half years. (Sept, FY’17-18 vs. FY’2013-14 end)

With this, Honda’s total network count in India has now reached the milestone 5500th outlet mark.

Inaugurating the milestone 5500th new touch-point – Rudra Honda, a sub-dealer in Kachhwa Bazaar, District Mirzapur, rural Uttar Pradesh, Mr. Minoru Kato, President & CEO, Honda Motorcycle & Scooter India Pvt. Ltd. said, “In last couple of years to meet increased demand for Honda 2wheelers, we have invested close to Rs. 9,500 crore in new plants multiplying Honda’s production capacity 4 times from 16 lac units in 2010-11 to 64 lac units this year. This was supported by new model launches both in motorcycles as well as scooter segment and refreshed product line-up ranging from 110cc to 1800cc engine capacity. Delighting millions of Indian customers across the country, it is imperative to make Honda products & services available closer to the Customers especially the hinterland. And what has made Honda’s growth truly satisfying is our aggressive network expansion. Increasing our penetration in hinterlands in line with our product strategy is a critical part of our India strategy & I am delighted to be present here in rural UP on milestone 5500th Honda outlet inauguration.”

In first 14 years of establishment, Honda expanded its network to around 2700 outlets ending FY 2013-14. In line with the segment presence & product strategy, the focus of the brand in initial Phase of its network expansion was to cover urban and semi-urban demand centres. In line with its aggressive strategy for India, Honda almost doubled its network reach in the last 2.5 years itself. Honda has now shifted gears to rural and semi urban areas. In fact, 70% of the new touch points inaugurated have come up in rural followed by semi-urban areas.

In the current financial year FY2017-18, Honda’s plan is to add 500 new network of which nearly 300 outlets have already been inaugurated in the first 6 months of the fiscal.