Hot on OTT: Coming up this week: Here’s a look at highlight films, shows and series that are scheduled to drop in the digital space this week. 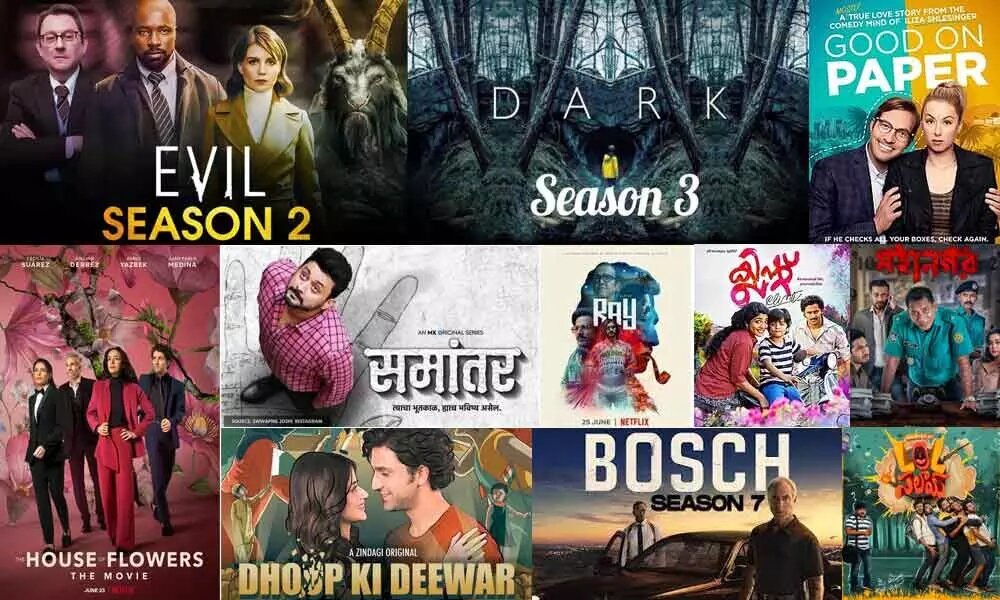 The Malayalam comedy film revolves around a group of friends who become part-time goons. The film tracks how their lives change with the circumstances.

The iconic animated series will add to the globally popular franchise. Set between the events of “Resident Evil 4” and “Resident Evil 5”, the series takes place in 2006 after a hacking incident is uncovered at the White House.

The story of the series depicts how a middle-aged woman unwittingly gets involved with the underworld after accidentally killing a mafia leader.

The Malayalam comedy narrates the journey of Sara, an associate director, as she struggles with societal norms while trying to make her career as a film director. Pondering upon the age-old dilemma of which decisions are right and wrong, will Sara find success in her endeavours?

A cop’s life is thrown into chaos as he is forced to commit a series of crimes before a suicide bomber blows up a school. As he races against time, he’s confronted by an evil that is hell-bent on striking raw, primal terror.

Season four marks the end of acclaimed comedy-drama. This final instalment will be all about new beginnings for lead character Sam Gardner, a 19-year-old on the autism spectrum, as he searches for love and independence.

The film is based on the 2002 terrorist attack on Akshardham Temple in Gujarat. Akshaye Khanna, who is making his digital debut with the film, plays the NSG officer charged with eliminating the terrorists and securing the area.

This Bengali web series revolves around a conflict in relationships. Things go out of control in the romantic life of a couple. Their relationships face a lot of challenges. Will they be able to live happily ever after?

Scarlett Johansson’s much-awaited solo superhero outing as the Marvel character Black Widow will follow the events of “Captain America: Civil War” (2016). Natasha Romanoff (Johansson) finds herself on the run and forced to confront a dangerous conspiracy with ties to her past. Pursued by a force that will stop at nothing to bring her down, Romanoff must deal with her history as a spy and her broken relationships from long before she became an Avenger.

This American action crime drama is the revival of “Leverage”. The Hitter, the Hacker, the Grifter and the Thief are back. It’s time to delve back into the world of Leverage, bringing plenty of feels from the original series. This is a revival, as the original cast is back in the roles they once played. Reformed criminals put their unique skills to good use, and help ordinary people fight back against corporate and governmental injustices.

Japan likely to extend emergency for Tokyo, other regions