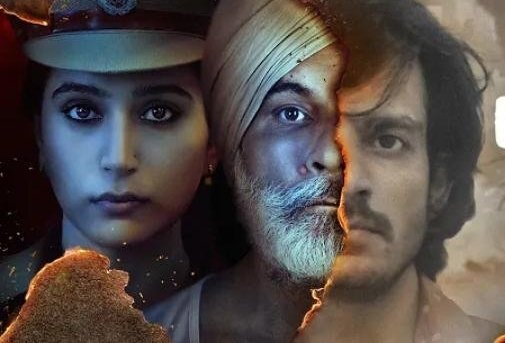 The bio stands true for the hazel-eyed girl from Chandigarh. Very few know that the actress started her journey in Bollywood with the 2007 hit “Jab We Met”, as a young teenager.

Wamiqa made her digital debut with “Grahan”, recently released on OTT. This marks the actress’s first pivotal role in Hindi cinema after starring in Punjabi, Telugu, Tamil, and Malayalam films in the past.

“Grahan” also features the versatile actor Pawan Malhotra, who was also part of “Jab We Met“.

“On the sets of ‘Grahan’ I met him on my last day and his schedule was about to begin. We had a long conversation about films and life. He was surprised to know that I played a small part in ‘Jab We Met’ and it was our first project together,” Wamiqa told Media.

The two actors didn’t have scenes together in “Grahan” yet Wamiqa feels honoured to be part of the project. She said: “I’m so glad to be a part of ‘Grahan’, which features Pawan Malhotra, too. Our schedules didn’t allow us to spend time together. He has done such an amazing job in all his films. We all get inspired by him with every project that he does.”

“I auditioned for it but later got to know that somebody else was already being considered for the part. I obviously stopped thinking about it and then lockdown happened. I got a call from the casting team in July 2020 and I got the role,” she recalled.

The web series revolves around the riots of 1984. The actress, who is a Punjabi, believes it is pro-Sikh in its depiction.

Wamiqa believes “Grahan” is a story that’s of relevance even today. “I chose to be a part of ‘Grahan’ because it’s a story that depicts the truth. It’s very pro-Sikh and for the community it is something that shows the reality and the truth of what had happened in 1984,” she said.

The series is based on Satya Vyas’ Hindi book “Chaurasi”.

“It’s basically due to a very positive reason why I chose to do this show. It depicts and sheds light on an important chapter in the history of the Sikh community, which I feel is not only important but also needs to be shown,” stated Wamiqa.

The actress, who made her Punjabi film debut in 2013, with the Honey Singh-Amrinder Gill-starrer “Main Tera 22 Tu Mera 22”, and has worked in several superhits in the language since then. She feels there isn’t much difference working in the regional films.

“The difference is only of the language. I have worked with amazing people in the South and cannot wait to do another project there soon. When it comes to Hindi cinema, this is the language I have grown up watching films and always desired to work in this medium,” concluded Wamiqa, who new Hindi show “Grahan” airs on Disney+ Hotstar.