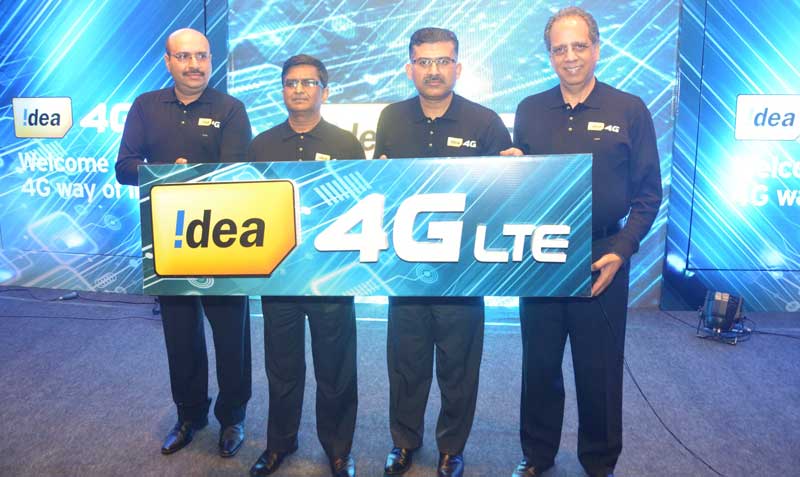 NewZNew (Chandigarh / Panchkula / Mohali) : Idea Cellular, one of the largest Indian telecom operators, today announced the launch of its high speed 4G LTE services across four more states in India – Punjab,  Haryana, Madhya Pradesh and Chhattisgarh. With this launch, the company has expanded its 4G LTE service footprint to 7 telecom service areas, including the 4 telecom circles of South India, namely Andhra Pradesh & Telangana, Karnataka, Kerala and Tamil Nadu & Chennai, which were launched in December 2015. Idea’s 4G LTE services will be available across 183 towns in these 7 telecom service areas by 31st January 2016.

Major towns to be covered with Idea’s 4G LTE services in Punjab include the large towns of Chandigarh, Firozpur, Hoshiarpur, Kapurthala, Moga and Pathankot while Ambala, Karnal, Hissar, Panipat, Rohtak and Sonipat are among towns being covered in Haryana. Other major towns including Jalandhar, Muktsar, Patiala, Sangrur, Charkhidadri and Pinjore will follow by 31st January 2016. Idea Cellular is one of the leading mobile telecom service providers with 6.4 million and 4.6 million satisfied consumers in Punjab and Haryana respectively. Idea offers extensive 2G services on 900 MHz platform in over 12,500 towns and villages of Punjab and across 6,500+ towns and villages in Haryana, wide coverage of 3G services, and has now introduced its high speed 4G LTE services with a large network coverage.

Idea Cellular currently holds 1800 MHz 4G spectrum in these 10 Telecom circles which cover 50% of telecom market but over 60% of Idea’s gross revenue. Additionally, Idea has recently signed an agreement with Videocon Telecommunications Limited for acquiring ‘Right to Use’ 1800 MHz spectrum under ‘Spectrum Trading Agreement’ in two of its key telecom leadership markets of Gujarat and Uttar Pradesh (West). Post completion of this transaction, 4G services will be extended to 12 service areas, covering 75% of Idea’s revenue base in the country.

Idea has received over 1.5 million 4G service requests from existing customers on its Pre-book offer.

With increased adoption of 4G smartphones in recent months, Idea has also tied up with popular smartphone manufacturers including Intex Technologies, Lava, Lenovo and Xolo to offer bundled 4G data plans on smartphones.