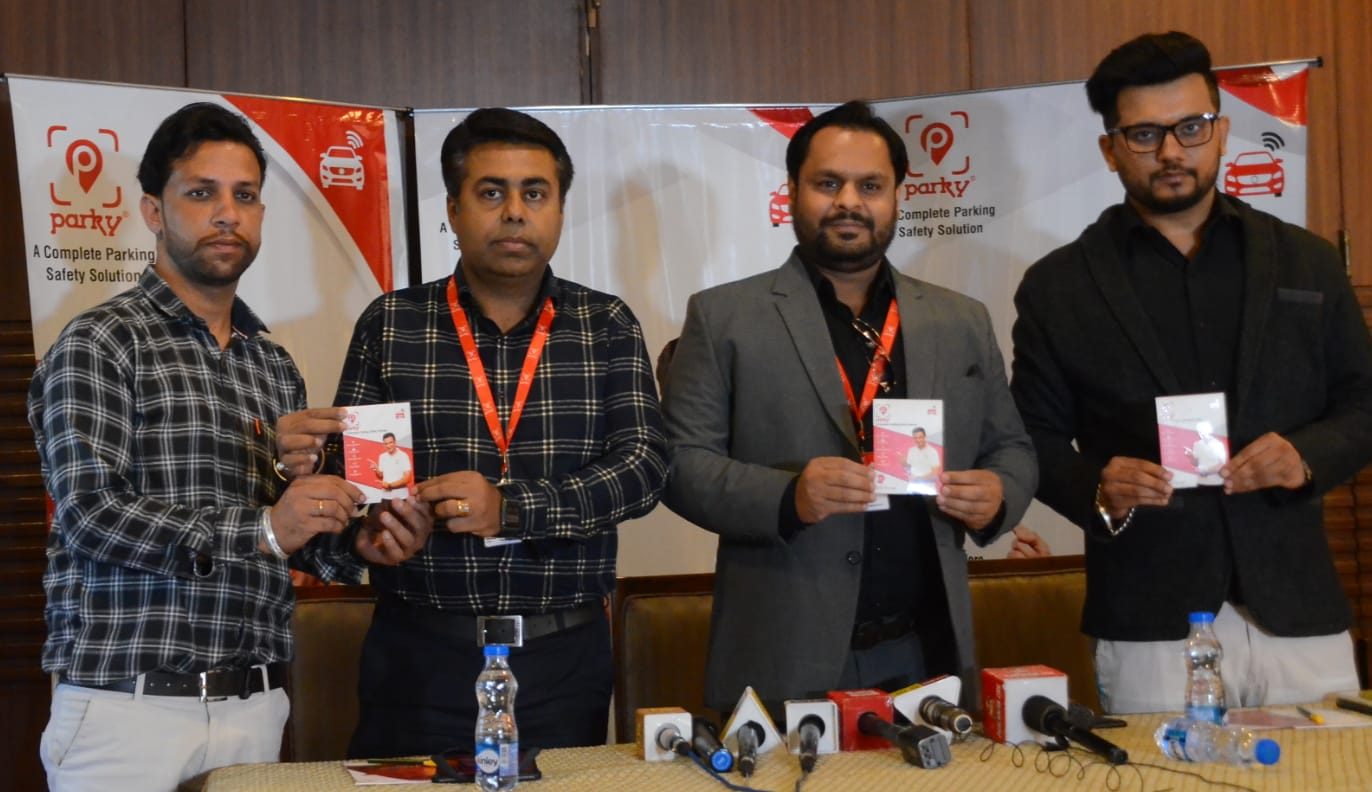 Apart from this, troubles also have to be faced and many times there is a chance of quarrels also. Sometimes in a medical emergency, even more problems arise. Atul Jain, Sanchit Mittal and Varun Nitin Bhalla have solved this big problem. He has developed the Parkee app under his startup, through which the owner of the vehicle can be called by scanning the QR code on the vehicle stuck in the parking lot.
Directors of Parky Atul Jain and Varun Nitin Bhalla * and Directors of eParking Solutions Sandeep Sharma and Shagir Ahmed, operators of Parky App in Tricity * while talking to reporters in a press conference today told that the person can access the QR code on the vehicle from his phone.
A window will open as soon as it scans. In which there will be two options Call Now and Call Emergency. Clicking on Call Now will directly call the vehicle owner. But, the vehicle owner’s number will not be visible on the phone. The call will go through the software. At the same time, the caller’s number will not be visible to the vehicle owner. This will also protect the privacy of the people.

Helpful even in emergency

He told that apart from parking, it will also be helpful in emergency. If a vehicle has a QR code and it has an accident, then even in such a situation, it can be scanned and called on the emergency call. The phone will go to the emergency number given by the car owner. On that number it can be informed that the vehicle has crashed.

The name of the person, vehicle number, phone number and emergency contact number will have to be given at the time of QR-code registration. Registration will be done with these five information.
The directors have also sent the proposal of this start up to the central and various state governments so that the traffic police will also get a lot of help through this app. It is likely to be approved soon.
Sandeep Sharma and Shagir Ahmed, Directors of eParking Solutions, Operator of Parky App in Tricity, informed that this app is available on Google Play Store and Apple Store and it will cost Rs 799 and its validity will be for five years.
Also Read :   ‘Jatt Vs IELTS’ is a Comedy Film Every Punjabi Will Definitely Relate To